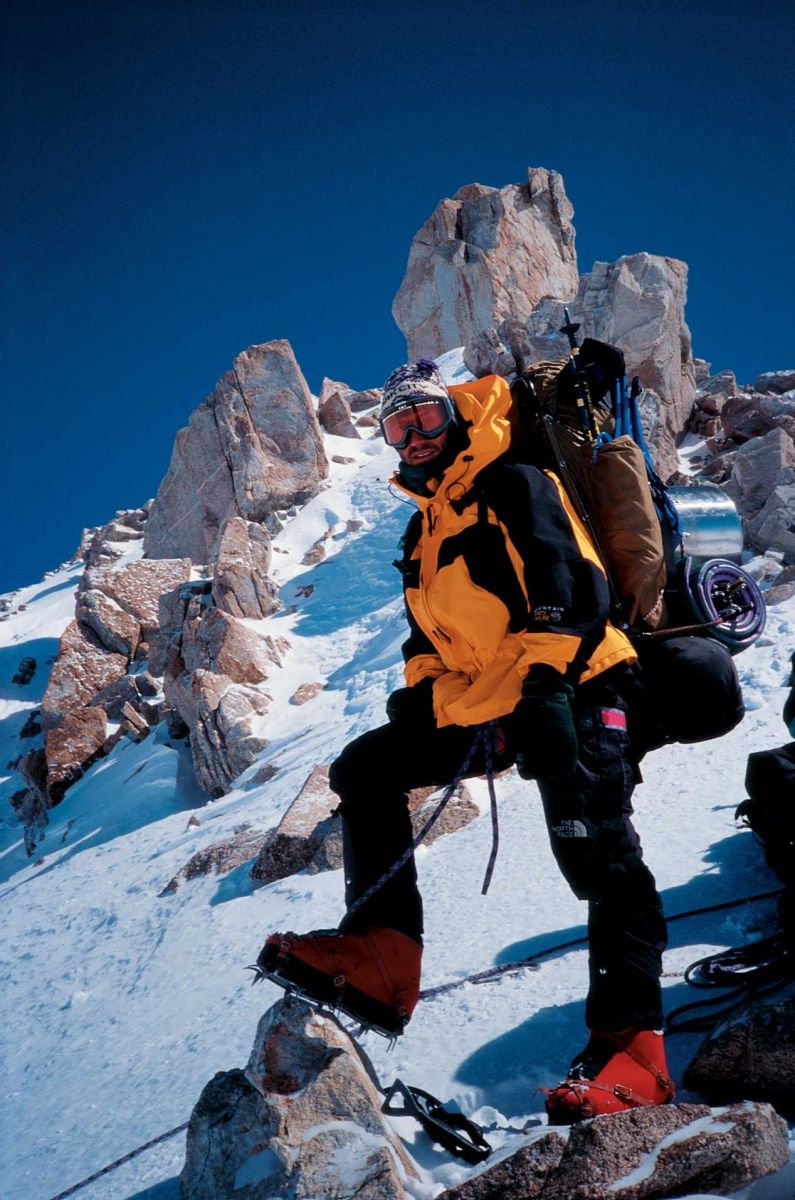 We started in the North Face store and picked out items that we thought would work well for Ian. He then told us to go and get the same items for ourselves. I balked and told Ian that we already had gear and I didn't want to waste his money. He explained that his prior experience with me on Aconcagua had been that I had some trick gear that he didn't so he was going to ensure that didn't happen again. We ended up spending over $4000 in about an hours time. Needless to say this was very unusual for a mountain guide, I was beginning to sweat profusely and it wasn't from the weather conditions. We followed suit at Feathered Friends and then to top it off Ian bought a $30,000 rock he saw in a street store window. All that kept rolling around in my head was "who is this guy?"

The trip just kept escalating, Ian flew his Gulf Stream 3 jet up to Seattle to pick us up. A Gulf Stream 3 is the Cadillac of private jets. We had champagne and caviar on the way up. Just before we were to land in Anchorage Ian said the weather was good around Denali and asked if we wanted to fly around it." What the festival !"  You bet we wanted to and the funny thing was in circling the peak we were pulling so many Gs that I could barely get the camera off my lap to take photos.
On May 11th we ended up stuck at the 11,000 ft. camp for five days in a bad storm and in between card games we started talking about how to improve the One Sport boots we were wearing. All of a sudden Ian said let's create a company that will make the best boot on the market the "Robo Boot". John his son liked the idea because he wanted to pursue his passion for the outdoors instead of going into banking which at the time sounded like it was where he was headed.

After the trip we had a meeting in July where Ian stated that through his research there is next to no demand for mountaineering boots and therefore no business. He did however say that he was looking into purchasing an outdoor company Sierra Designs that would eventually build the ultimate boot. In August John went to the OR Show and met Jack Gilbert where the idea for a new company was spawned, "Mountain Hardwear". John returned from the show and woke me up early in the morning to invite me to be a part of the company. I was currently sponsored by a number of other companies and I knew if I went for it there was no turning back. I jumped in with both feet and it turned out to be one of the sweetest moves I have made in my life to date.
Our Newsletter