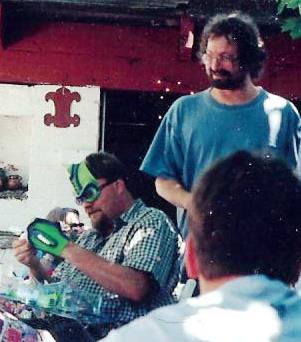 Bear with me while I take a few paragraph to set the stage.

Because working capital was a limiting factor to our growth, forecasting at early Mountain Hardwear was a critical function. As such, it ended up front and center at Sales Meetings. There was a small set of key components that needed to be successfully combined to create an optimal forecast: 1) quantity per style, 2) the color breakout of each style, 3) the size breakout of each style/color and 4) the relative riskiness of each sku within the buy as a whole.

The trickiest component was color followed closely (as time went on) by quantity per style. (Quantity was easier early on since we had a limited product range and were growing agressively. 20% too many of something is not much of a problem if you're selling 25% more the following season. Growth quite happily chews through your overstock.) 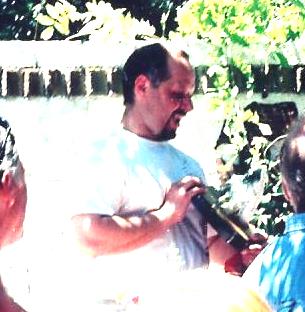 Ok, so then, I knew what was needed: a good way to predict the best and worst selling colors. You can't find that out by inspecting the past. The solution was to get a group of 'experts' to look forward and help guess. The group had to be 1) knowledgeable, 2) motivated, and 3) big enough to give statistical significance. That meant finding 30 folks that qualified and motivating them to put in the (signficant) time needed to sweat out providing a good guess. There's always too much to do; everyone is always too busy.

Ergo, the big challenge was not the forecasting systems but the social engineering.

The forecasting systems were only going to work if the social dynamic around it worked...so that's where I focused a lot of my attention. In the final analysis, the social engineering worked because of 3 factors.

1) Executive support: Without Paul, Mike, and Jack setting expectations for participation and providing sales meeting time this would not have worked.

2) Fun: I structured the forecasting as a game.

Ok, I love games. Further, I view every game's ruleset as an experiment in social engineering and, hence, I felt that making this a game just might be the ticket.

At each round's kick-off we threw out toy lizards and candy like Mardi Gras beads. Guesses were measured against results and prizes were awarded at one of the meals at each Sales Meeting in an awards banquet sort of format. Twice a year I got to do a Toy's R Us run to get a big pile of prizes. Often my son, Griffin, accompanied me on these runs as a technical consultant.

The full name of the process was Escape of the Lizard King. Why? Well, "trying to guess colors real good" lacks pop; it's a bad name for a game! So, with a nod to James Morrison, it got 'rebranded.'

3) Glory and public humiliation: Yes, I will admit to succumbing to the dark side of the Force. I had a very highly competitive group of people in the Mountain Hardwear sales force. They didn't have the buffers we corporate droogs had and were always competing head to head against other brands, other reps, and even their previous records. I used that competitiveness. There were not merely awards for the winners. The worst guessers got toy Barney's (and no one wants that<g>). There were traveling trophies for best and worst overall guesses. Records were kept. 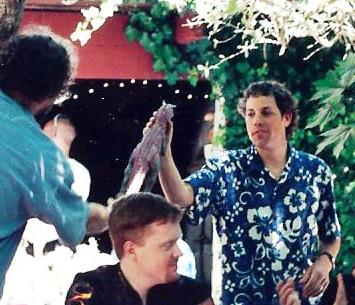 As far as I can tell it all worked. We achieved forecast error rates significantly lower than anything I saw at Columbia using much bigger 'professional' systems.

(I've put professional in quotes in the last sentence because, in my experience, forecasting is so idiosyncratic to each particular business that one-size-fits-all systems generally do poorly. I attended a whole variety of forecasting conferences and events during my first decade at Mountain Hardwear and discovered that large big-budget enterprises (NASA, the Gap, Sprint) were often using a motley collection of spreadsheets, Access databases, and custom code. The reason: their forecasting systems could be married to their business process in a tighter coupling. They couldn't afford to let their forecasting system alter the way they thought about their business.)

In conclusion, I'd like to thank everyone who put up with me during all this and spent dozens of hours sweating over their numbers. It contributed significantly, I think, to our success.

Oh, and apologies to all the folks that got Barneys. 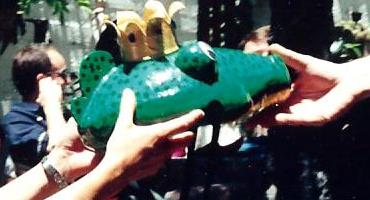