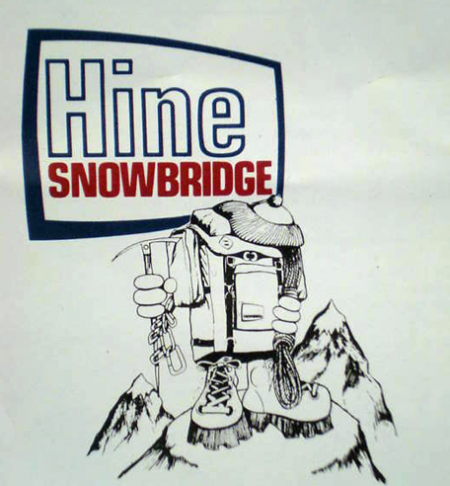 With a father who ski-raced for Yale in the 1930s and later owned an alpine ski area in northern New Jersey, it was a sure thing that the Hine brothers, Greg and Ted, would be introduced to the outdoors at an early age. The brothers recalled big family outings to alpine ski. In prep school, Greg became an avid cross-country ski racer, while Ted stuck to his alpine skiing roots.

In the summer of 1964, Ted drove to California with a prep school buddy, and when that friend decided to stay in Berkeley, Greg flew out to drive home with his brother. Driving back through Colorado, they both fell in love with it and ended up attending the University of Colorado, Boulder.

Ted graduated in 1969 with a degree in business administration, and a year later, got what he called his first real job ever as the computer operator at Alpine Designs in Boulder.

Greg graduated in 1971 with a degree in environmental biology and went to work as a seasonal ranger with the U.S. Park Service. In 1971, he was a summer ranger at Mount Rainier and, the following year, a cross-country ski ranger at Yosemite National Park. While Greg settled in at Yosemite National Park, Ted was laid off at Alpine Designs and decided to visit his brother with a few friends in tow.

“During the week they stayed with me, Ted brought up the idea about the two of us starting an outdoor gear-making company,” Greg said. Shortly after, in the spring of 1972, the brothers were in the throes of setting up shop in Boulder.

They carefully researched the gear that was currently on the market and decided to focus exclusively on packs. Their first pack sales were to Neptune Mountaineering in Boulder in the spring of 1973, not long after Gary Neptune opened the store for business.

They also made a conscious decision to produce everything in Boulder—which would come back to haunt them later. 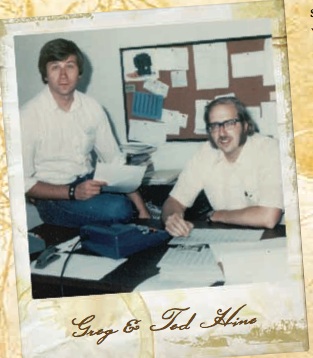 “At the start of the ‘80s, we realized that our decision to stay in Boulder and not go off-shore like everyone else in the business was really hurting us,” Greg said. “Add to that the fact that the SLR camera pack business was being eroded by the rise in popularity of point-and-shoot cameras and that mountain biking was killing bicycle touring, and we were in trouble.”

The brothers sold their company to ski bag maker Quality Sports Products of Old Saybrook, Conn., in 1986. Greg became a consultant in the bicycle industry, while Ted worked on supermarket ad displays.

In 1990, Greg helped Quality Sports shutter its operations. That done, he and his brother turned their attention to developing a continuation of their old partnership, now under the HSI Industries moniker.

“Greg did importing and contract work for the outdoor and bike businesses, while I continued to work on the ad display business,” Ted said.

On Greg’s side of the business, he had a contract with REI for cycling packs and later REI-branded backpacks. Eventually, the business expanded into private label packs, socks and sleeping bags for brands like Lands’ End, Eddie Bauer, Trek Bicycles and Specialized Bicycle Components. In 2005, REI took over HSI Industries.

Today, Greg Hine, 60, stills lives in Boulder, is semi-retired and totally out of the outdoor business. Ted. 62, lives in nearby Louisville, Colo., where he is working on several entrepreneurial projects and researching his family’s genealogy.

12/08/15
Woody
Story Circles that can see this:
Primary Story Circle:
Outdoors - All Public
Our Newsletter