Unlike so many of the ’70s trailblazers, Peter Noone’s career in the outdoor business has had few twists and turns. In fact, his career path has been fairly straightforward: 45 years specializing in outdoor retail with only two employers. 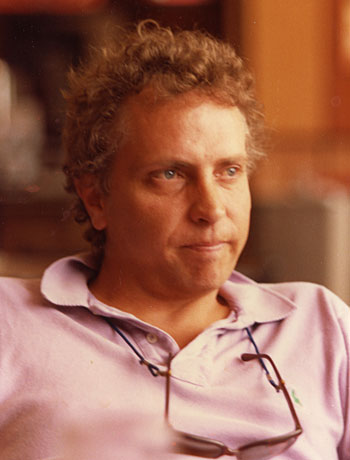 His outdoor retail career began when, as a 21-year-old skier and climber, he went “looking for a much-needed summer job in 1968.” He walked into The Ski Hut store on Berkeley’s University Avenue and was hired by Allen Steck for $2 an hour.

“I started on the retail floor, and by the end of the summer realized that if I continued to work there, I’d get free alpine ski gear and free transportation to the mountains to use it. I stayed,” Noone said.

“About two years into my retail stint, Klopp left and I took over as general manager,” Noone said. “John Schelling was running Donner Mountain, but I still made about 10 trips to Italy to work on the Pivetta boots that Donner imported.”

It was an amazing time for Noone. “When I first got to The Ski Hut, it was like you were working with so much history. There were all the famous Yosemite climbers, like Allen Steck, Chuck Pratt and Jim Bridwell, and innovators, like Bob Swanson and George Marks,” he said. “Then there was Rudolf who set the precedent for everything in outdoor retailing. He was always in the forefront, and unlike so many outdoor retail entrepreneurs who would follow, was a highly educated businessman. What an opportunity and privilege it was to work with him.”

Many who worked in the early days of the outdoor industry looked at working at The Ski Hut as the equivalent of getting an MBA. This was especially driven home when store alumni, like Klopp, Swanson, Marks and countless others, started their own successful outdoor enterprises.

During his years as general manager, Noone was known to be direct and often abrasive…as well as clever. When REI opened its Berkeley store and offered Sigg pots at what Noone considered ridiculously low prices, he went to REI and bought every Sigg pot REI had in stock, “so the only place people could find them was at The Ski Hut.”

In the late 1970s, Rudolf decided to sell The Ski Hut and Trailwise while keeping Donner Mountain. Saska Sports, a San Francisco peninsula-based importer of Austrian-made Kneissl skis and European ski apparel, made the buy.

“The deal was in trouble from the very start,” Noone said, “because as I was trying to open a new Ski Hut retail store in Palo Alto, the banks there were telling me Saska was out of money.”

A white knight appeared in the form of Chicago-based Boss Manufacturing. Known as a glove maker, Boss had a CEO who considered himself an outdoorsman. Boss kept The Ski Hut open in Berkeley and moved Trailwise to the Southeast. Noone stayed on for four years after Boss took over, then left in November 1982 when The Ski Hut was sold to general sporting goods retailer Copeland’s, which declared bankruptcy in 2006 and is now gone.

Biding his time as he looked for something new, Noone was approached by Patagonia’s Yvon Chouinard who was looking to create a retail presence for his brand. “I basically hid out from Chouinard for a time, but by March, I was at work with Patagonia as head of retail and mail order,” Noone said.

In 1985, Noone opened Patagonia’s first retail store in San Francisco’s Italian North Beach area at 700 North Point. “The store breaks every retail rule, especially when it comes to parking, which is horrible,” Noone said, “but we did $6,500 the first day we were open and have been prospering there ever since.”

Today, Patagonia has 46 stores worldwide and Noone continues to love his work. “It’s wonderful working with so many great people and in a retail business that’s become so much more sophisticated over the years. There’s also the way Patagonia does the retail business with a strong emphasis on the employees and making the workplace special for them.”

Noone, who will turn 66 this year [2008], is an avid fly-fisher and golfer. After a battle with cancer in 2007, he continues to drive for more retail profits. “Afterall, the more money we make, the more the company gets to give away,” he said.