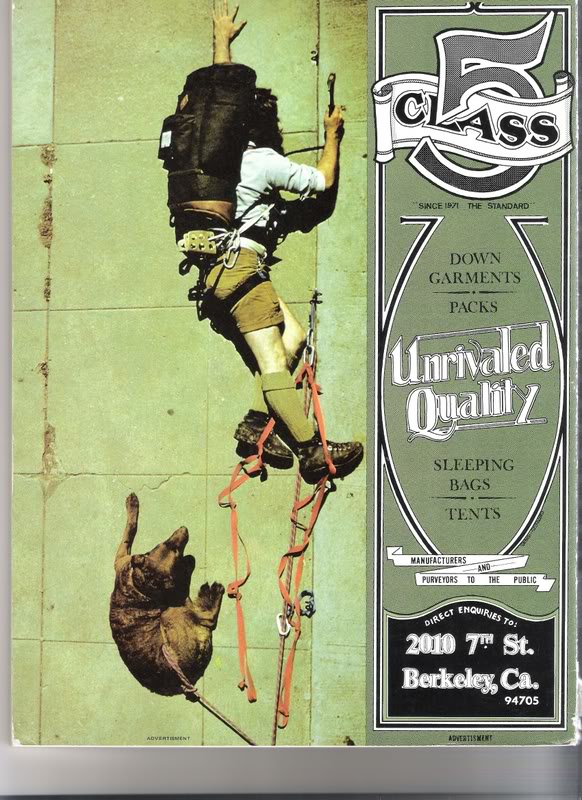 The son of a rocket scientist who emigrated from Germany with Wernher von Braun to the United States after World War II to work at the Redstone Arsenal in Huntsville, Ala., on America’s post-war rocketry program, Justus Bauschinger arrived in Berkeley, Calif., after serving in the U.S. Navy in Fighter Squadron 24 attached to the USS Midway.

Of all the design talent that came to bear on the outdoor business in Berkeley in the late 1960s and early 1970s, Bauschinger was one of the most creative. He began his career in the industry at The Ski Hut where he worked in the retailer’s Trailwise gear-making division under Allen Steck.

According to those who were on the scene at the time, Bauschinger apparently felt underutilized at Trailwise and started looking for his own venture. In the process, he approached his friends, the Hiersoux brothers, who now had a ski shop in nearby Orinda, Calif., east of San Francisco. He urged them to buy Doug Tompkins’ bankrupt The North Face stores in San Francisco and Palo Alto, combine them with their Orinda store, and allow him to start designing and making gear and apparel under The North Face name.

The deal was struck, and Bauschinger became a minority partner of the Hiersoux brothers. The trio opened a Berkeley retail store on Telegraph Avenue with space for a design and manufacturing office where Bauschinger started designing and making gear. When money got tight, he introduced the Hiersoux brothers to Hap Klopp. He and Klopp knew each other from their days working at The Ski Hut/Trailwise. Klopp made the brothers an offer for The North Face, and when it was finalized, Bauschinger became a partner in the new venture.

Mark Erickson, who became, as he puts it, Bauschinger’s “boy Friday,” doing everything in the cutting and production rooms, recalled his first encounter with the man. “Justus greeted me with not much more than a derisive sneer and a grunt, and instructed me to follow behind him as he cut out a stack of 300 Superlights and remove the fabric scraps from the table. My four years of college had not prepared me for the fact that there was a right way and a wrong way to perform that mundane task, but Justus soon set me straight, in no uncertain terms.”

Bauschinger’s autocratic ways caused friction between himself and Klopp, and he eventually sold his share of The North Face to a friend of Klopp’s. After a European holiday, he used the money to open his own outdoor manufacturing company— Class 5—a few blocks from The North Face at 7th Street and University Avenue. There, Bauschinger was able to lure a trio of his best seamstresses away from The North Face to get his production going.

Immediately, Class 5 became known for its quality products as well as its attitude. Erickson remembers the first Class 5 catalog, which embodied that attitude: 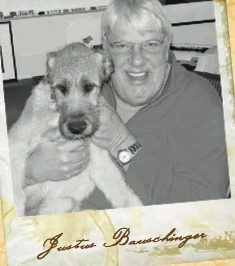 “The catalog cover photo was a spoof on climbing photos of the day. Justus had posed a geared-out model in classic 5.10 stretch position, but actually lying flat on a sidewalk. He photographed the guy from over- head, so at first glance it looked like he was scaling a sheer vertical cliff 2,500 feet off the ground,” Erickson said. “On closer inspection, however, you could see the ‘climber’ was using the cracks in the sidewalk as handholds. A further tip off that you’d been conned was a mangy dog Justus had placed in the frame lying lazily on the sidewalk sunning himself right next to the guy.”

Class 5 would remain in business until 1983 when it closed down. Bauschinger later became an importer of classic European toys into the U.S. market.

Aug-22-2014
#1
Peter Benjamin (not verified)
We used to order Class 5
We used to order Class 5 jackets from Justus who, in his inimitable and irascible fashion, would not allow us to choose either size or color, leaving us with end of season boxes full of small electric Purple and Kiwi garments.... Great stuff though. I think Guntram Jordan was the only guy that ever really understood him, at least as far as such things could go. Last I heard, he was living somewhere out in the middle of Nevada.
Top
Aug-25-2014
(Reply to #1) #2

admin
Offline
Joined: 02/22/12
I tried to find him so I
I tried to find him so I could tell him we were talking about him. I did find a Justus Bauschinger in Reno that runs a couple of online mail-order firms that specialize in model cars (Lilliput Motor Company) and optics (Duetsche Optik) and collectibles more or less related. Given the Nevada connection and Woody's final observation above, that must be him. I'll see if I can ping him via the website.
Top
Aug-24-2015
(Reply to #2) #3
Vince (not verified)
He is in Yerington NV. I
He is in Yerington NV. I won't post it here but it is pretty easy to get his business phone number under Lilliput Motor Company, Yerington NV
Top
Aug-24-2015
(Reply to #3) #4

admin
Offline
Joined: 02/22/12
Thanks, Vince
Thanks, Vince
Top
Nov-02-2017
#5
Richard Leffler (not verified)
We carried Class 5 at Ski
We carried Class 5 at Ski Mart in Belmont Shore (early 1970’s) and Mr. Bauschinger came to provide us with a technical clinic on his excellent products. He arrived with a case of Mickey’s Big Tops and gave the most amazing (skirting bombastic) presentation that we ever had. I miss these big personalities.
Top

09/29/14
Woody
Story Circles that can see this:
Outdoors - All Public, TNF
Primary Story Circle:
Our Newsletter