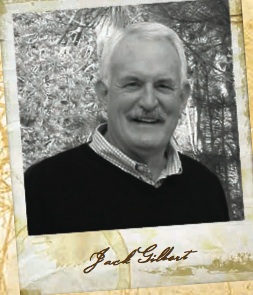 Like so many of the outdoor industry trailblazers, Jack Gilbert first experienced the outdoors on family outings and, later, as a Boy Scout. That experience, plus watching his businessman father make the daily commute in coat and tie from the East Bay to San Francisco across the bridge, helped him decide he didn’t want to do that when he got older. That laid the groundwork for a less conventional business career.

But first, there was basketball. Gilbert was on the Stanford University basketball team and had a superb career playing for the Cardinal team in the Pacific Eight conference.

Originally a member of the class of 1965, Gilbert took a year off and graduated with the class of 1966. “Hap Klopp was in the Stanford School of Business at the time, and I knew him from around campus,” Gilbert recalled. “About the time I was going to graduate, he was trying to buy The Ski Hut in Berkeley, Calif., with a group that included George Marks.  That didn’t pan out, but he contacted me a year later saying he was going to try and buy a retailer called The North Face and turn it into a combined retail and wholesale operation.”

At the time, The North Face was owned by brothers Glen and Arne Hiersoux. They operated retail stores on Columbus Avenue in San Francisco and in the old Stanford Barn in Palo Alto, Calif. When Klopp came courting, the brothers were in the process of opening another store in Berkeley with part of it given over to a production facility. Justus Bauschinger had been hired away from The Ski Hut to run the new cut-and-sew department of The North Face.

Klopp’s bid for The North Face stumbled along through much of 1967 and early 1968. Confident the deal would go through, Klopp hired Gilbert in April 1968. In effect, Gilbert worked for the Hiersoux brothers for a month before Klopp finally took over The North Face in May of that year.

After some training on the retail floor, Gilbert was sent out to sell the very limited company offerings—a rucksack and a line of sleeping bags. “I made my first two sales to Howell’s and the Cloud Cap Chalet in Portland, Oregon,” he said, “and then traveled back East and convinced Al McDonough at Eastern Mountain Sports to carry The North Face brand.”

By that time, the brand had developed significantly and was taking off at retail. “For the first four or five years, the only thing holding us back was how fast we could make gear and apparel,” Gilbert said.

The North Face’s manufacturing quickly outgrew the Telegraph Avenue location in Berkeley, and moved to 1234 Fifth Street right next to the practice facility for the folk/rock group Creedence Clearwater Revival. “We could hear them playing through the walls,” Gilbert said with a laugh.

Soon, the company expanded into the building next to 1234 Fifth, then to a larger facility at 950 Gilman Street. As The North Face grew through the 1980s, it expanded its retail storefronts. First, it bought the Holubar stores from Johnson Worldwide, and then it opened its own stores in Seattle and in the South Coast Plaza shopping center in Costa Mesa, Calif.

In the late 1980s, Gilbert took another big step for the company starting the Windy Pass sub-brand. “We realized,” he pointed out, “that more and more gear and apparel was being made in the Far East, and we’d seen the fine products Bill Simon had been able to turn out offshore for Snow Lion and Black Ice. But before putting a North Face label on Far East-made products, we wanted to test the manufacturing. So Windy Pass became the test label.”

In 1988, not long after Windy Pass came into being, Gilbert departed The North Face. During his 20-year tenure, he’d helped the company’s annual sales grow from $300,000 to $50 million.

After a year stint in real estate, Gilbert headed to Laguna Beach, Calif., for three years to help put the Outdoor Retailer trade shows on the map. “The outdoor industry needed a show of its own, and we got the summer Reno (Nevada) show up and running and then added the winter show.”

In 1991, Gilbert got a call from Bill Werlin, The North Face’s president at the time, telling him the president’s job at Sierra Designs was open. Gilbert took the job and held it until his efforts to buy the company from Bill Simon’s Odyssey Group failed. On Halloween Day 1993, he and his entire crew walked out to form Mountain Hardwear.

As memorable as Mountain Hardwear’s formation was, Gilbert has fond memories of the outdoor business in the late ’60s. “It was definitely a counter-culture business—one that changed my values. Then, it was a new business and the people in it lived it. There weren’t a whole lot of corporate issues that existed.”

Nov-16-2016
#1
Ned Tibbits (not verified)
I first met Jack in 1973 when
I first met Jack in 1973 when I went to the Gilman Street address to ask TNF to sponsor my PCT thru hike in 1974. TNF and Jack continued to sponsor my long-distance exploits, to include the CDT in 1980, then the beginnings of a wilderness safety school called Mountain Education through to 1988. After hearing about Jack's tremendous success with Outdoor Retailer, come about 1992 I began to hear rumors of the start of Mountain Hardwear at 950 Gilman Street. I would drive down from Sonoma to visit Jack often and hang out with the staff designing new products. MH and Jack continued to sponsor our little school all the way to its sale to Columbia in 2003! Though the business was a growing corporation, it never lost its wilderness roots!
Top
Aug-24-2021
#2
XRumerTest (not verified)
Test, just a test
Hello. And Bye.
Top