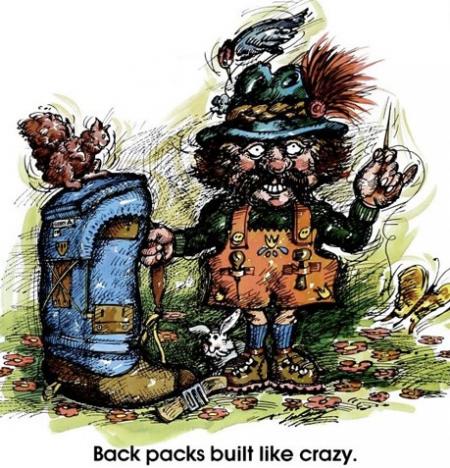 Growing up in Colorado, Dale Johnson developed what he calls, “a tremendous enthusiasm for the outdoors.” An enthusiasm that only grew when he got into rock climbing as a geology major at the University of Colorado, Boulder. After graduating in 1954, Johnson was drafted into the Army and discharged two years later. He went into the oil exploration business, but soon tired of it.

“I saw an ad that Gerry Cunningham was looking for people to help at Gerry, and since I’d met him while at the university, that got me interested in getting into the outdoor business,” he said.

Johnson joined Gerry in 1956. His first task was making the loosely formed company into a formal corporation. Next, he opened the Gerry Mountain Sports retail shop in Boulder in 1956. Then, he created Gerry’s first production facility in Boulder. “Prior to that, all of Gerry’s products were made by women in their homes,” Johnson said.

During his tenure with Gerry, Johnson and Cunningham often talked about producing sewing kits of clothes, booties and gear for home sewers. The problem was, Johnson said, “that Gerry’s idea of a kit was way too tough for people to deal with.”

Eventually, Johnson would leave Gerry for a job with a Denver bank but, after three years, he decided corporate life wasn’t for him. In trying to figure out something to do on his own, he came back to the sewing kit idea. “I decided to make kits and make them easy for people to work with.” 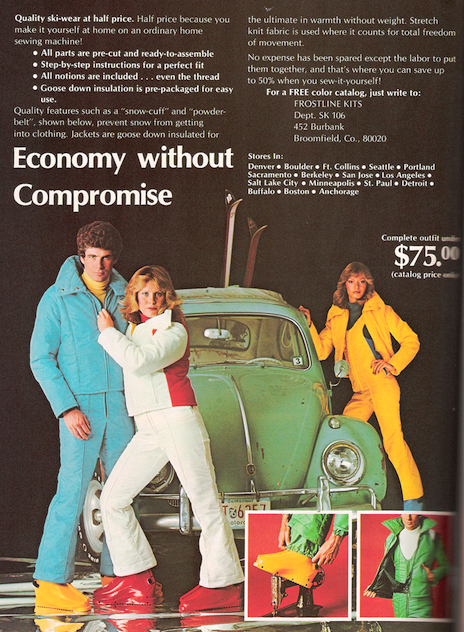 Johnson’s Frostline company was born as a small catalog operation, which over time grew into a major mail-order business with an 18-store retail chain. Items like the company’s down vest and down booties became incredibly popular during the “backpacking boom.”

In 1978, the Gillette corporation purchased Frostline, and, after a year working for the new owners, Johnson moved on to a private life filled with work for various environmental causes.

Looking back on his Frostline days, Johnson, now 76, said: “It was a glorious time. It was so wonderful having customers sewing the kits. It was like having everyone actively involved in the company. It was fun. “I still meet people all over the world who, when they find out who I am, say, ‘Oh, I made this or that from one of your kits.’ It’s very gratifying,” he added.

Here's the introduction and index of all of Woody's Trailblazer stories.