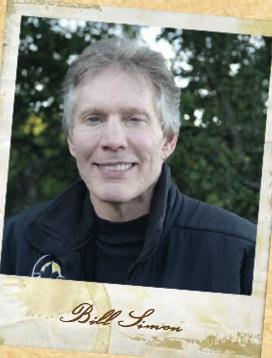 Bill Simon’s outdoor industry odyssey started in the late 1960s when he was a Ph.D. candidate in English literature at the University of California, Berkeley.

To earn some extra money, he took a job selling outdoor gear at the Berkeley Co-Op’s market store on Shattuck Avenue in 1969. The market had a separate drug/hardware store, and it housed a small outdoor shop on its mezzanine.

“My first week there, they had a huge sale and 1 found I really enjoyed selling the products,” Simon said. “Not long afterward, I opened four stand-alone outdoor stores for the Co-Op.”

By 1971, the backpacking boom was in full swing and Simon recalled the Co-Op stores selling up to 200 sleeping bags a day. That got him thinking, and he went to the outdoor business unit manager, Barry Solloway, and pitched the idea of having the Co-Op start its own manufacturing arm  to compete with  the existing sleeping bag suppliers.

“My idea was to go to Taiwan where I knew there was a good supply of down, and use the huge labor advantage there to make better sleeping bags than were available at that time in the U.S.,” he said.

The Co-Op didn’t end up part of the scheme, but Simon and Solloway started a manufacturing company in Taiwan called Snowline in November 1972. A threatened lawsuit by Eddie Bauer over the Snowline name prompted a change to Snowlion.

Snowlion’s first bags were shipped to U.S. retailers in spring 1973. To make the fabric shells of the bags downproof, they had to be coated. The coating, though, caused a major disaster with the first shipment because the bags didn’t breathe.

After fixing the problem, Snowlion became famous for its well-priced down bags with unique features like differential baffling that allowed more down to be placed on top of the bag than on the bottom.

Next came the first Polarguard sleeping bags, which were a huge hit at retail. (And by way of interest, their production was under the guidance of one Wayne Gregory who would go on to outdoor industry recognition ol his own as a pack maker.)

Snowlion’s hits kept coming with down and synthetic garments, as well as the first Gore-Tex taped garments to be made outside of the United States or the United Kingdom.

Snowlion’s success drew suitors interested in buying the company, and at the end of 1977, a deal was struck with a New York company called Gateway to buy out Simon and Solloway. After fits and starts, the deal went south. In February 1978, Solloway put Snowlion into Chapter 11 bankruptcy protection, while Simon was in the Far East on business.

“On hearing the news, I resigned from Snowlion and formed a one-man trading company called Odyssey,” Simon said. “My mission was to help the Taiwanese contractors weather the storm that would be created with Snowlion going out of business.”

Simon succeeded in arranging it so that big companies like EMS and Salewa could buy directly from the Taiwanese producers. Then he set off to open manufacturing in China where he not only pioneered the making of outdoor products in that country, but also got the proper bedding licenses in the United States to allow Chinese down and synthetic bags to come into this country. “Odyssey took off, and soon we had nine production control offices, factories across Asia, U.S. factories in Utah and Arizona, and a factory in Mexico,” he said.

That’s when Simon decided Odyssey needed to go more vertical and own some of the companies on the selling end of outdoor gear. In 1988, Odyssey purchased The North Face and, along with it, Sierra Designs, which The North Face had acquired earlier that year. In 1990, Marmot was added to Odyssey’s holdings, followed by the Alpine Designs purchase.

With his foray into manufacturing, Simon said he was also interested in having outdoor manufacturers get more involved in conservation.

“In an article in SNEWS  about my intentions with The North Face, I mentioned that Odyssey wanted to use The North Face’s industry position to help promote wilderness preservation. The article led to the formation of the Conservation Alliance (originally the Outdoor Industry Conservation Alliance), as it motivated Wally Smith (then REI’s CEO) to call me. Shortly thereafter, Wally, (Yvon) Chouinard, George Grabner, the CEO of Kelty, and I met at a hotel near the San Francisco airport to lay out the founding principles of the new alliance.”

With the Conservation Alliance up and running, Simon turned his attention to his multi-faceted outdoor empire. “I was really never cut out to be the big tycoon with my feet up on the desk, and by January 1993 things were unraveling,” he said.

One-by-one, Odyssey’s holdings were sold off. When it came time for The North Face to go on the block, Simon partnered with Mardy Cason to buy the company in the spring of 1994. They took it public in 1996, and both left the company shortly thereafter.

Since then, Simon and Cason’s Infinity Associates bought and sold venerable sneaker maker Converse after reviving the brand, and now owns the Pony athletic shoe and Hagar menswear companies.
Simon lives and works out of Marin County, Calif., across the San Francisco Bay, only a short drive from where his outdoor odyssey began.

Here's the introduction and index of all of Woody's Trailblazer stories.