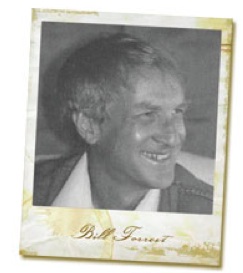 Where and how he was raised are the two most significant factors that influenced Bill Forrest’s future as a climber and innovator of climbing equipment. "When I was seven, my family moved from California to Aurora, Colorado, where I ran a trap line and hunted right out our back door," Forrest said."Come summers, my dad, who surveyed for the BLM, would take the family to the mountains and I hiked the trails and wandered around the woods every summer for years."

One of those summers, a BLM employee friend of his father taught Forrest and his sister how to climb. Later, at age 12, he would climb Long’s Peak with his Boy Scout troop.

The family moved to Salt Lake City, Utah, where Forrest finished high school and was about to go off to college on a basketball scholarship when he decided to join the Army. "I wanted to travel abroad," he said, "and I was shipped off to Bamberg, Germany, which turned out to be a hotbed of rock climbing." There, along with a friend he’d climbed with in Salt Lake, Forrest started climbing in the Klettergardens with abandon. "It was a way to put the Army life out of my mind."

When he got out of the Army and returned home, Forrest was a strong lead climber with a full rack of gear and something few had in the United States at the time — a kernmantle rope.

His next stop was Arizona State University for a degree in English, as well as climbing with partner Gary Garbert on "anything local that was big and steep." Upon graduating — and tired of beating through the Arizona cactus and brush to get to climbs — Forrest spotted a want ad seeking climbing instructors for the Colorado Outward Bound program. Soon, he was back in Colorado where he teamed up with Yosemite climbing legend Glen Denny.

"Glen and I taught together, and in our spare time did some epic climbs like the north face of Crestone Needle unroped," Forrest said. They also attempted the Diamond route on Long Peak, but had to rap off. That climb got Forrest intrigued with big wall climbing, and he eventually made six successful climbs of the Diamond including the first solo.

But one climb kept eluding him. It was the east face of Babo Quivari in Arizona. "I finally hacked a route to the base of the climb, found a water source in a cave at it base and made the first ascent with George Hurley. While on the climb, I grew concerned about the problems of sorting out gear. So I thought about what to do and came up with the idea for the Pin Bin, a metal loop with a spring-loaded mechanism that made it easy to organize gear and get it on and off easily." 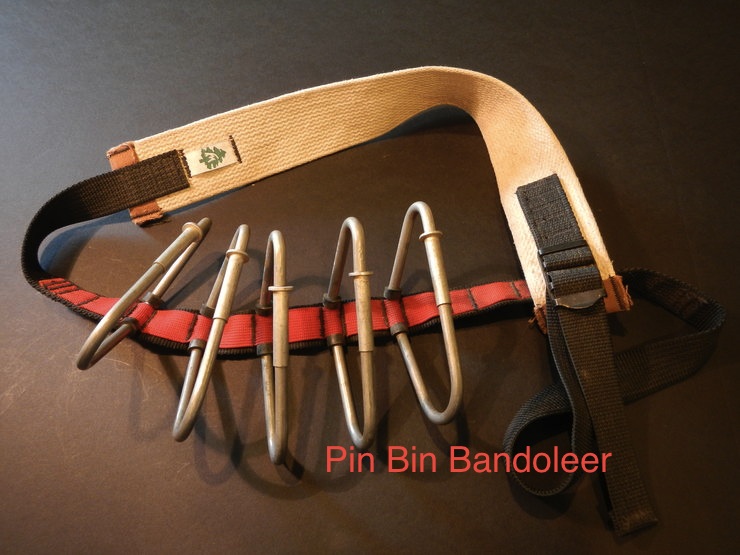 In 1968, Forrest rented a big house in Denver where he lived and made Pin Bins. He rented out rooms to climbers and worked the graveyard shift at a truck loading dock to keep financially afloat.

From these humble beginnings, Forrest Mountaineering was incorporated. The company had one sewing machine, which was soon put to use making harnesses, which were best sellers for years. Forrest also ventured into ice hammers, producing the first hammer with interchangeable picks, and the first ice axe with an aluminum shaft and a stamped chrome-moly head.

In 1985, Dick Olsen of Olsen Industries approached Forrest with an offer to buy him out. Olsen had purchased Gerry and was looking to add to his outdoor group. Forrest sold the company and became a consultant to several outdoor and climbing companies.

In 1993, he headed off to Mount Everest on an expedition and that same year got the idea for the Denali snowshoe design, which he eventually sold to MSR in 1995.

Forrest worked for Cascade Designs from 1995 to 2004 perfecting the Denali and inventing the Lightning snowshoe before retiring and moving with his wife, Rosa, to Salida, Colo.

Suffering from the long-term affects of amoebic dysentery contracted during his ’93 Everest adventure, Forrest has become a long distance hiker with plans to start climbing again soon. "I’ve had my eye on a few routes for some time now and will be on them as soon as my strength is back."

Sad update:   Bill Forrest died while snowshoeing near Monarch Pass in Colorado in 2012. He was 73.

Dec-06-2016
#1
Bill Diack (not verified)
While attending Western State
While attending Western State (now) University I ditched classes and spent 3 days at the bottom of the Black Canyon via SOB gulch. The next year or so Bill gave a presentation at the Student Union about his pitches down the Black Canyon. Many years later I ran into him at his house in (it must have been for sale) City Park area Denver. We had a great conversation, at this point he said he was designing snow shoes. I was just in awe of his many unheralded accomplishments. I'm glad he passed doing what he loved.
Top