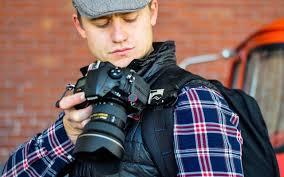 I had two extremely interesting conversations last Wednesday, 3/30/16. Both pointed to significant changes in how outdoor startups could be funded. 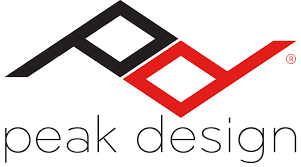 Product: Martin Zemitis, Rich Ying and I had breakfast with Peter Lockett of Peak Designs. Peter has the sort of hodge-podge job description we had in early MHW days. He’s a mechanical engineer and participates in the design process. He, also, manages their supply chain, gets stuff built in Viet Nam, and produces their video. His title: Operations & Creative Director.

Peak Designs started with a guy (Peter Derring) and a gizmo. He created a camera clip to solve a problem he’d experienced and launched it on Kickstarter.

In 5 years, he and his associates have built a $10M+ global company that sells only 20% direct on-line and has high enough margins to support 80% distribution through other retail channels.

Their business model has remained consistent: design great stuff and then launch it on Kickstarter. Their last Kickstater raised $4.9M.

(If you watch that product video, check out the opening shot. That was done with a $700 drone! Also, the founder’s OIA address on How to Build an Outdoor Brand using Crowdfunding is the best single piece on that I’ve seen.)

So here we’ve got a bunch of mechanical engineers…design and camera nerds…that have used Kickstarter to maintain full ownership of an intensely design-focused business. Inspiring!

Equity: Later that evening Rich and I attended a dinner hosted by the Wefunder.com folks, at a townhouse tucked down an alley, where all of them work and two of them live.

The founders are MIT guys active in getting the 2013 ‘equity crowdfunding’ JOBS Act, Title III (and II & IV), created and passed in the US Congress. Title III allows non-accredited investors to pool small amounts via ‘Kickstarter for equity’ internet portals and invest, cumulatively, up to $1M in a startup company. The limit of 100 investors is removed; amounts as low as $100 can be invested.

Title III was supposed to be implemented within 6 months of passage in May 2013. Wefunder was ready on schedule but the SEC stalled and stalled. Wefunder dug in and toughed it out.

Now, finally, on 5/16/16 crowd equity portals can launch and Wefunder wants to make a splash! They’re picking 20 companies and will provide assistance to help them create a high impact pitch on their portal.

SlingFin has a very good chance to be one of the 20 companies.

But even if we’re not chosen, this is a path we want to pursue. In fact, we’d been working on our pitch well before we talked to them.

It's a great confirmation that their vision of presenting a combination of equity and premiums to gain startup money corresponds precisely to ours. We want investors whose interests are aligned! Investors that consider trips, gear, and engagement with the outdoors as very tangible benefits!

I, also, think there are implications well beyond SlingFin itself.

The outdoor industry is getting a second crowdfunding path to build companies...and companies in continual dialog with, and primarily focused on, their core consumers and core mission! We have the potential to let us engage the smartest of smart money and create highly focused design-oriented brands.

This is not, in my opinion, a trivial change.

Combine both product and equity crowdfunding and we have a sea change in the way gear is introduced and brands are built!

[Stay tuned. SlingFin has been selected as one of the 20 companies. I'll be filing reports from the field.]