In the 4th quarter of 1984, Sierra Designs management announced that they would close the factory that had been building their product essentially since the company was founded.

Sierra Designs workers began to organize, enlisting allies including Oakland's Plant Closures Project, which played an important role in organizing community support. Key components of the worker's response were the formation of a collective bargaining unit to negotiate with management and the launch of a consumer boycott.

The battle attracted national attention with coverage in the LA Times and Boston Globe, as well as local coverage ranging across the spectrum from The Oakland Tribune to Chinese language dailies and CP-USA's People's World.

Ultimately the conflict was resolved in a creative manner...but we're getting ahead of the story. First, here's a few quotes from the press coverage. 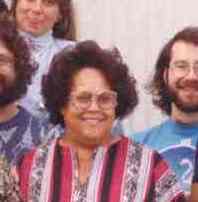 Shutdowns of American garment assembly factories are not unusual. What makes the situation at Sierra Design different is that workers, backed by a coalition of labor and other groups, are trying to mount a boycott of the outdoor equipment company which is owned by the CML Group of Acton, Mass. Worker representatives also plan to make their case at CML’s annual meeting to day at the State Street Bank.

Betty Chisolm, president of the Sierra Design Workers Union isn’t optimistic about saving her job. But, she said, “We can still hold our heads high. At least we can say they didn’t kick us out the door.”

Jan Gilbrecht, a spokesman for the Plant Closure Project, said endorsements for the boycott are being sought from environmental groups such as the Sierra Club and Friends of the Earth. “Sierra Design and other CML companies are very image conscious,” said Gilbrecht.  “Their customers are affluent professionals who are supposedly concerned with social issues like the environment. We think we can reach these people.”
Oakland plant shutdown spurs protest.
from The Montclarion, 11/27/1984 (Full Article and Transcript) 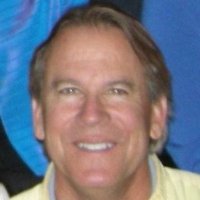 John Stacey, Sierra  Designs vice president for marketing and sales, said the decision to shut down the plant was made last month as a cost-cutting measure. He said the firm  plans to subcontract out sewing work in the Far East and Texas, where labor costs  are cheaper.

“We understand their  (the workers’) frustration, but competition for  the shrinking backpacking market is increasing,” he  said, “We can’t sell a jacket for $80 when our competitors can sell a similar jacket made overseas for $50. The backpacking market has changed. The simple fact is that a lot of people who went backpacking in the '70s are now raising families."”

After learning of the shutdown, workers organized the union last month, but so far the firm has refused to meet with union representatives, Chisolm said. She said Sierra also has hired the “union-busting” law firm of Littler, Mendelson, Fastiff & Tichy.

The firm has represented Coors Beer and the Campbell Soup Company in bitter negotiations with labor. “I think it’s clear they (Sierra) don’t want to talk to us,” Chisolm said.

Stacey said company managers have met individually with workers, and defended the company’s decision to hire the law firm as “protecting our right to good representation.”

“Until there is an election, we don’t have to recognize the union,” he said. “But we will talk with workers.”

Also see The Oakland Tribune, 11/24/1984 - Boycott aims to halt plant shutdown
I worked at Sierra Designs during this time period. I like to think I played a small part in moving this productively forward by pointing out to Sierra Designs president, Alan Botsford, that, while folks will often notice a boycott being called, it's damn tough to get the word out that it has been resolved. Perhaps this helped nudge him toward finding a quick resolution to the matter rather than the protracted battle that the high-price anti-labor law firm seemed to be angling towards. But, again, I'm getting ahead of the story.
I remember that the battle was conducted with a certain amount of respect and decorum on all sides. At one point, the SD workers had an informational picket set up at REI Berkeley. They were not preventing folks from shopping, just passing out leaflets asking them to not buy Sierra Design's products. REI's store manager requested that the workers leave and they did despite a legal right to remain! I'd spent some of the previous two years battling my way into malls and shopping centers with rent and eviction control petitions and thought the workers were being way too nice.

It is also worth noting that this comes against a back-drop of protracted commercial failure by Sierra Designs. To pull another quote from the Boston Globe, "Sierra Design does not release separate financial figures, but Leighton [Charles M Leighton of CML] said the division has lost more than $500,000. He added that investors have pumped more than $4 million into the division and have not seen a single dividend yet."

This, I think, was an honest statement but I do not think labor costs were what caused this sorry situation. The underlying cause was, in my opinion, "professional management" that lacked the passion and deep connection to the type of outdoor activities that anchors our industry. The old hippie backpacking businesses succeeded because the key players built gear to help them do what they loved. Professional management became necessary as the companies grew, but only if that could be added without severing that core connection to the outdoors. The companies that did the best business-wise started with outdoor geeks that also had business chops, e.g.., Hap Klopp of TNF.

Sierra Designs ended up with too little hippie outdoor geek and too much Harvard MBA. The net results were a series of damaging decisions that eroded the business. I saw goofy products introduced at SD that failed and alienated their core consumers as as they tried to expand their market. The worst damage happened immediately before Botsford took over, when his predecessor allowed millions of dollars of inventory to be imported on the grey market into Japan and not through Okura, SD's official representative. Okura acted to preserve the brand by buying back all that inventory at retail and then stopped ordering for 3-4 years. The net result was that SD lost a full third of business overnight! And it was all down hill from there...and not in a cross-country skiing sort of way.

Meanwhile, The North Face was slowly but steadily eating our lunch through innovative clothing and solid entries in the equipment market. They were building this in a factory in Berkeley just 10 miles from Sierra Design's Oakland factory. I doubt 100% local production would have been workable in the long run, but that was not the primary reason SD was having problems competing in 1984. 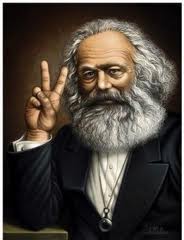 As much as Karl Marx's prescriptions have proved disastrous, I think his analysis is often spot on. When capitalism hits the wall, its natural response is to squeeze the work force in order to maintain profits. And the work force's resistance to that is only as strong as their ability to act collectively. Note that SD's anti-labor law firm pushed the management there to meet with workers individually and refuse any sort of collective bargaining as a central strategy. That might have worked in Boston but it didn't fly in Berkeley.

(Credits. Big thanks to Susan Schacher for access to her archive of articles and materials. I tried to locate the newspaper articles in online archives but none were available. To make that material available I've scanned and transcribed it myself.)

08/22/14
AlanTabor
Story Circles that can see this:
Outdoors - All Public
Primary Story Circle:
Our Newsletter