Powered by Drupal
Story by Robo 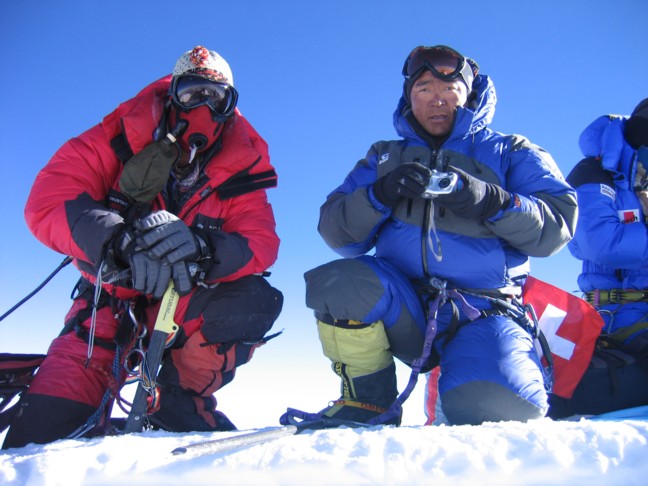 I will never forget my first meeting with Babu Chiri and his partner Lhawang Dhondup .

The board at Mountain Hardwear had recently voted  the approval of creating a guide service to better facilitate their customers. The analogy here was" why buy the Mercedes without having the road to drive it on". This meant create an avenue for their customer base to enjoy the use of  top of the line Hardwear gear in the mountains. Hence was the birth of  Mountain Link a subsidiary of Mountain Hardwear. This was the first time in outdoor market history that a company, so passionate about their philosophy of creating a true brand,  created a  venue to use the product on adventures throughout the world.

I was in my new office at Mountain Hardwear headquarters on 9th and Gilman St. Berkeley CA, trying to figure out how to operate a computer when Julie O'Neil my office manager and partner informed me that there were two gentleman down stairs who wanted to meet me. She came in and stated that "Babu and Lhawang are downstairs and would like to talk with you". My knee jerk reaction was this must be some sort of joke. Babu and Lhawang were not familiar names to me and to be quite honest I had to hold back a chuckle when I heard them. Was this some sort of hazing ploy?

Needless to say it was not, the chuckle has been replaced with nothing but respect in my minds eye whenever I hear either of  their names. Our meeting started off with the potential of Mountain Link and their company Mountain Tribes to work together. We discussed both trekking and expedition opportunities in the Himalaya for the future synergy, power of our companies working together.

I immediately gleaned from our discussion that they were both savvy veterans to the  extremes of Himalayan climbing. We had all done route work on the north side of Everest in the early 90's leading and putting in fixed lines. Babu stated that he had 7 summits of the mountain at this point in time and he also had route knowledge for bypassing the Second Step, which to this date is still unheard of.

We were knee deep in this discussion when Babu suddenly inquired on the time of day. I asked him why. He stated that he had a meeting with the North Face to build him a tent. When I asked what for, he stated that he had plans to spend the night on the summit of Everest. If any one else on the planet had made that statement at that time, I simply would have disengaged and wished them the best in their future endeavors. 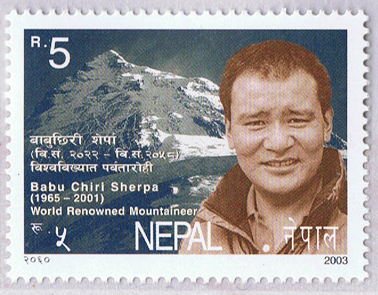 I knew for a fact after our interview however that these guys had the juice to actually pull it off. I then went to Martin's office to introduce him to the players and their very unusual request. He immediately got on board despite the down side of creating the world's  highest coffin. Martin had faith for success and he was right. Babu Chiri reached his goal spending twenty one and a half hours on the highest point in the world without the protection of supplemental oxygen, just Martin's tent. He did this to draw attention to help raise money to  build a school in his village Taksendo (sp?) for his six daughters.

Martin Zemitis on designing a tent for Babu Chiri Sherpa