Powered by Drupal
Story by PaulKramer 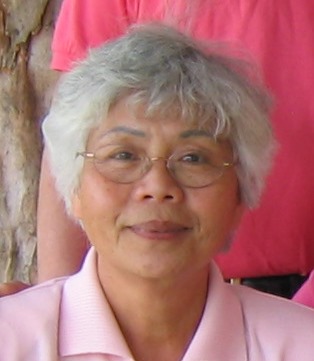 Helen Li is absolutely the best QC, QA person in the industry bar none! Absolutely! [See the full description of the many vital roles Helen played at Mountain Hardwear below. Paul's video is just a taste.]

Ingrid started [at The North Face] in 1973 April.  She started working on clothing designs.   Helen started in March 73 in the backpack section.  But Ingrid started coming to her and asking about ways to do things.  They found that they lived close together (about 4 blocks from each other) so, since Helen's husband lived in Taiwan at that time, they started going on walks together.  They talked about when they got older they would start making clothes that worked for "older walking people".  They spent many years at TNF together.  Helen took over engineering department until 88 at TNF.  Then to sourcing with Jan Fletcher as her boss (and Gail Ross). Then went to work for Randy Hamilton maybe 1990 till 94 (march).

In 93 or so, I asked Helen if she would be interested in working for SD.  I knew her slightly and Ingrid constantly had nothing but the HIGHEST praise for Helen.  She kept telling me that if I could get Helen Li to work for us we would have a tremendous advantage. 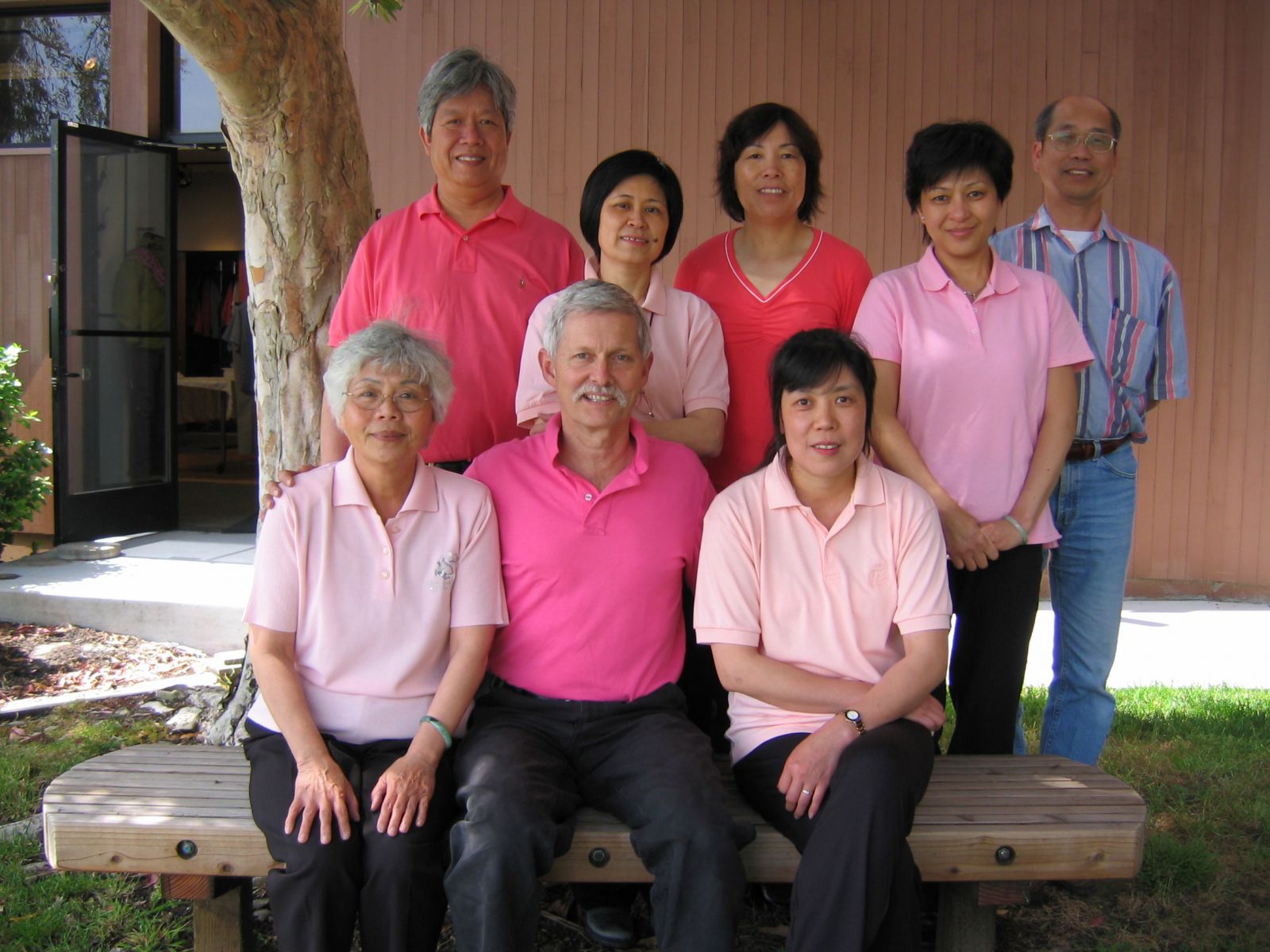 I told Helen that this would NOT be the case at MHW that if she came here that in sourcing or anything regarding QC or engineering SHE would be the ultimate authority and we would do it the way she wanted to do it.  I think that interested her.  But she also knew that Bill Simon wanted her to remain at TNF.  (Bill was NOT Stupid and knew how good she was.)  So when she finally agreed to come I had to coach her on what to say to TNF.  First that she was taking some time off going back to Taiwan because her husband was in Taiwan.  They couldn't deny her that so she did.  She was going to take three months off but Jack said to her  "Helen, we need you if you could just take ONE month off we would really appreciate it.  So she did and then she came back and started working for us.  When they found out they were shocked.  Even two years later Helen ran into Bill Simon and he asked her to come back and that she could do anything she liked.

Helen was in truth our whole engineering dept, both clothing and equipment.  But she, also of course, was in charge of the QC for MHW.  She went to all the contractors, both here and abroad and visited each of them while the product was being made.  One thing to know about factories and QC people: factories DON'T want to see them.  Normally QC and production people are in their way.  But Helen was different.  I've seen lots of QC people go to factories and they see something that is not right they just stop everything and contact the company and ask what to do.  But with Helen, she was THERE during the production at the factories great blessing as she would be able to see a problem and be able to solve the problem right then and there without having to contact anyone.  Factories like to make good stuff they just don't want to be stopped during production and have to put the line aside and wait for an answer.

Another thing about Helen was that she was NOT just the QA person but the production person.  I was asking her about whether they would finish on time.  When we started we were such small quantities that many factories didn't want our production.  But with Helen there we could be a small company and still get quality.  Starting at Lion Rock, for instance, we were one line in amongst 10 lines of Marmot.  When Marmot was there they had to hide our stuff or Marmot would be mad.  But Helen was there more and made sure that our stuff was made too.  By BEING there we were able to get our production out on time.  The fact that Helen COULD make the decisions, and, of course, spoke Chinese, was able to work with there technical staff.

And, as Jack likes to tell, she even worked at the original Gore factory ZK.  She was working there and talking to the president of ZK.  He found out that both of them graduated from the same university, the most famous in Taiwan.  Anyone graduating from there was obviously VERY smart.  Then he found out that she had graduated at least as high in the class as he had.  Finally as Jack tells it, he started trying to show the crowd how well he could drink and she kept up with him till he couldn't drink any more.

Transcipt: Paul: Jack, I was in Hong Kong as you said and I had written a letter because of course... Read Story
Paul Kramer - Talking to Jack about the first two weeks Mountain Hardwear and starting Product Line

Transcript: Paul: Yeah, it was a scary thing to start Mountain Hardware for me. I’d been at Sierra... Read Story
Paul Kramer on Helen Li's essential role at Mountain Hardwear

The founding act of this website was to get the Mountain Hardwear founders that lived in the San... Read Story
Mike Wallenfels Intro - Intergalactic Sales Manager

Transcript: Mike: My name is Mike Wallenfels. At the time at Sierra Designs when just before... Read Story
Mike Wallenfels begins his career in sales management as SD's Regional Sales Manager for Earth

The question: How long had you worked at Sierra Designs prior to the beginning of MHW? Transcript... Read Story
Mike Wallenfels - Halloween 1993

Transcript: Mike: Halloween day; so I was incredibly nervous that day. I knew what was going on in... Read Story
Mike Wallenfels - What does an Intergalactic Sales Manager do?

Transcript: Yea...so there were really only a few of us in the office, a handful, only 6 people,... Read Story
Mike Wallenfels Discusses Mountain Hardwear's First Product - rough cut

Transcript: So I am Christina Clark, mostly called Chris and my original position at Mountain... Read Story
Chris Clark - Halloween / Transition out of The North Face

l asks Chris about how she heard about Jack deciding to start a new company and how she decided to... Read Story
Chris Clark - Old Office / New Office

Transcript: Roberta: It was very kind of nerve-wracking that day with a lot of anticipation what... Read Story
Roberta Hernandez - Transition to MHW

Transcript: Roberta: The first couple of weeks at Mountain Hardwear I think for me were –... Read Story

Aug-27-2014
#1
Donita (not verified)
MARVELOUS MEMORIES! What an
MARVELOUS MEMORIES! What an amazing woman who was always open to new ideas and shared all her knowledge, you just needed to ask!  I learned so much from her!!   One of my favorites...As the new skiwear designer, I was trying to convince the Floor Supervisor to reverse the way the zipper opened on the inside pockets, to be more ergonomic for skiiers.  I got nowhere, because "that was the way it was always done."  After explaining to Helen why I thought it was important, she suggested that the Floor Supervisor turn the machines around, in the opposite direction, they had always been.  That way, it would be a reminder that things can change and will continue to change; so TNF products would always improve!  Brilliant!  It worked and the reps now had an advantage when discussing the difference between skiwear and outerwear!  Helen was instrumental to the success of the early Extreme Gear line!  She was a pleasure to work with and I wish her the happiest retirement possible!   Thank You Helen!  XOXO  :-)
Top