Mysteries of the Sierra Designs Footsack 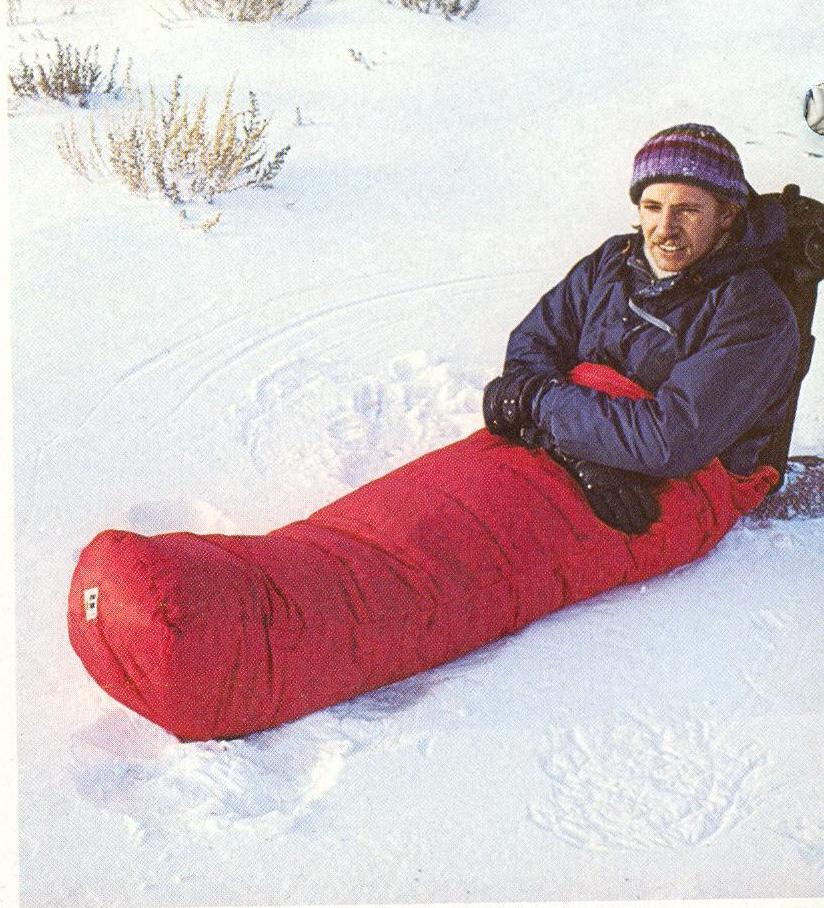 Here’s a product no one's seen for awhile, although the name may be familiar.  The Footsack was featured in the 1972 Sierra Designs catalog, photographed in and around Bodie, California—“a spare, beautiful wreck of a town sitting 8,000 feet high in the California desert east of San Francisco near the Nevada border.”

In this instance, the Footsack is a 3/4 length bag “generally used by crazies who sleep out on ledges, snowbanks or other bad places.” It doubles as a kid’s sleeping bag.

These days, a footsack is a variant of hackey sack, and many even boast a glow-in-the-dark cover. There is though another, more nefarious, variant.  According to the Urban Dictionary,

From the Dutch phrase "Voort seg ik!" literally meaning "Forward say I!". It was then adapted by South Africans into voetsek, and then eventually "footsack" in English.

It was originally meant for dogs, but is now fairly commonly used against people as well, although in this context it's meant as a light-hearted "fuck off!"

Meanwhile, does anyone know the mustachioed gentleman taking his ease in the SD footsack?  His name is Michael Davidson, and there’s also a Carol Davidson (wife? sister?) pictured elsewhere in the catalog, which by the way was SD’s seventh.

And thanks to Lance Otto for the beautiful keepsake catalog.

Let Me See That: Cordura Gets Discovered by Henry Gruchacz