Powered by Drupal
Story by MikeWallenfels

"...by far the best-fitting pant I think the industry has ever made." 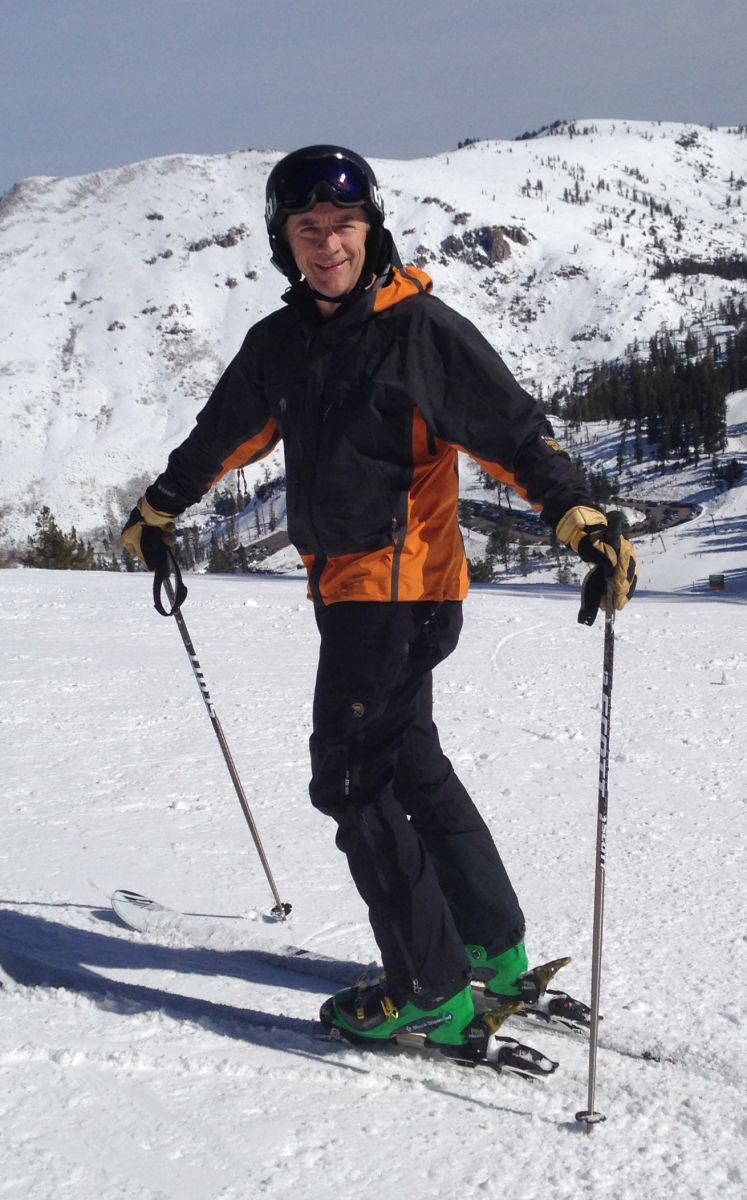 Mike: The Ethereal Pant was a lightweight, paper weight kind of three layer pant. But the Ethereal Ice Pant were first of all my favorite piece of Mountain Hardwear gear. I still use it a lot. I have a house up in the mountains now and I ski every other weekend or for week-long trips, and the Ethereal Ice Pant circa 1997 is still something I pull out of my bag constantly. I might have six or seven other pants including a lot of nice fancy expensive soft shell pants, but the Ethereal Ice Pant keeps getting used.

The Ethereal Ice was developed out of needing the top-end three-layered Gore-tex pant. Our British partners Bradshaw-Taylor came to us and said, “In order to be really effective in the category,  we have to have something absolutely stunning for ice climbing.” We knew how small the ice-climbing market in the United States was, so we needed to not only competently do ice climbing but we also needed to do backcountry skiing and backcountry use.

So our challenge was to find the right designer, and that introduced us to a woman named Cheryl Knopp who previously had been designing for Mountain Equipment Co-op and then for Arc'teryx and then she went rogue, she went independent and we signed up with Cheryl to come out with these products for us, Ethereal Ice Jacket and Ethereal Ice Pant.

We wanted to look at making the most durable thing, absolutely bomb-poof thing we could but also it had to be close-fitting, so we included not just three layer XCR Gore-tex but also stretch Gore-tex in the design at the knees and then the crotch. And it needed to not have a lot of extra stuff at the cuff,  so it needed to be the exact size that would go over a plastic mountaineering boot or even an alpine touring boot and not any bigger. And so every size – the amount of detail that are on this pant first of all for the articulation made the pants look like hell in the store, but they fit like a glove on your body. Because the curve at the seat, the curve at the rise, the height of the rise or curve at the seat, the curve at the knee and the shape of the cuff were all combined along with the stretch of the knee and the stretch at the crotch to make something that was as tailored as we could make it. 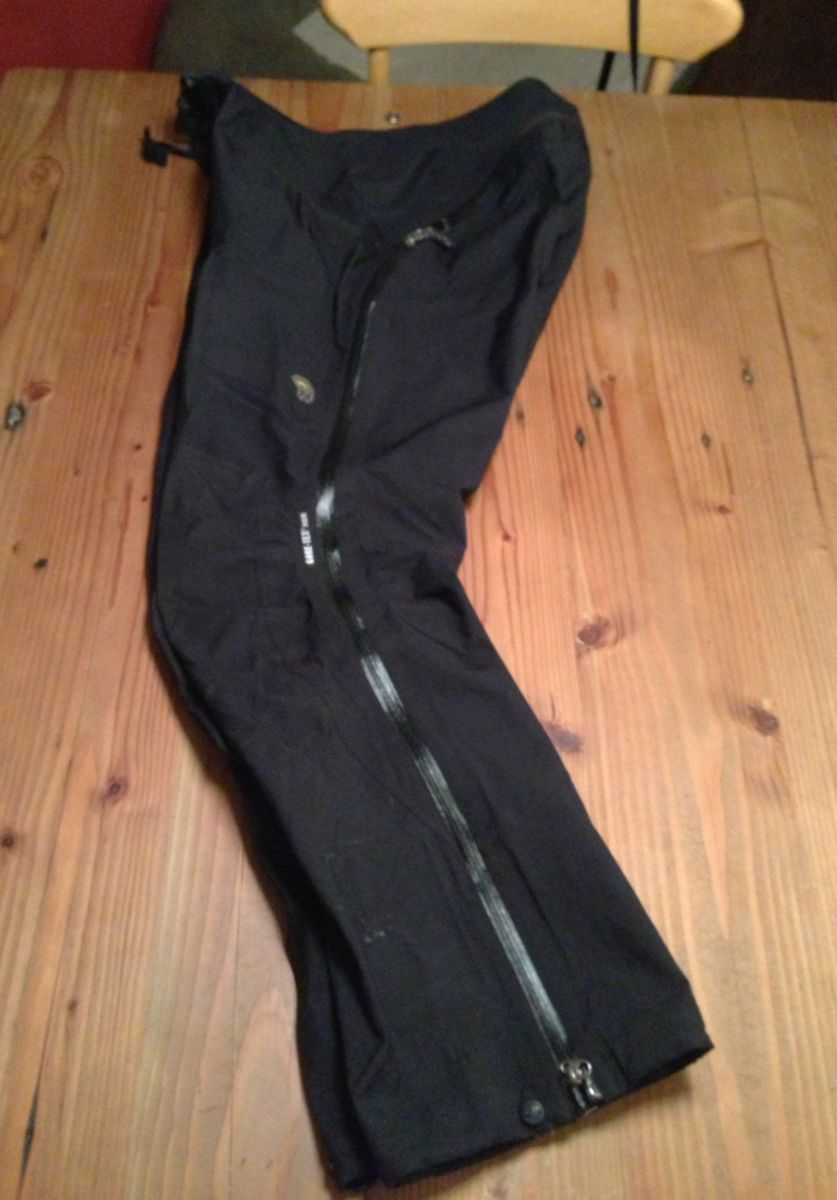 And it had to be so tailored that we actually tailored not just a single size and grade it from there, we tailored and graded every single size specifically so the cuff looks different for each size itself. Because even though you might go from a large to a medium, the medium still – the cuff needed to be a certain size to fit over an alpine boot. So we had to have a high degree of precision in it.

But then the next thing was the fact that we used this new concept,  which was waterproofed zippers—urethane and uretex zips and outrageously expensive, newly on the market, no one had really used them before but we sewed a complete cuff to cuff rainbow urethane zip that as we looked at how you would use it, we ended up realizing we needed to put six zipper slider on the thing. One to be able to zip down at the cuff and then two at the sides and two at the top so that you would have all the venting options as well the drop seat options.

And I got that done, we had to have the exact curve fit into the pattern for the zip itself and it is by far the best-fitting pant I think the industry has ever made. And I think that for its fit-in precision, if it is especially going over a plastic boot, and I use them for climbing boots, I use them for mountaineering, I use them for skiing, it’s just absolutely perfect. 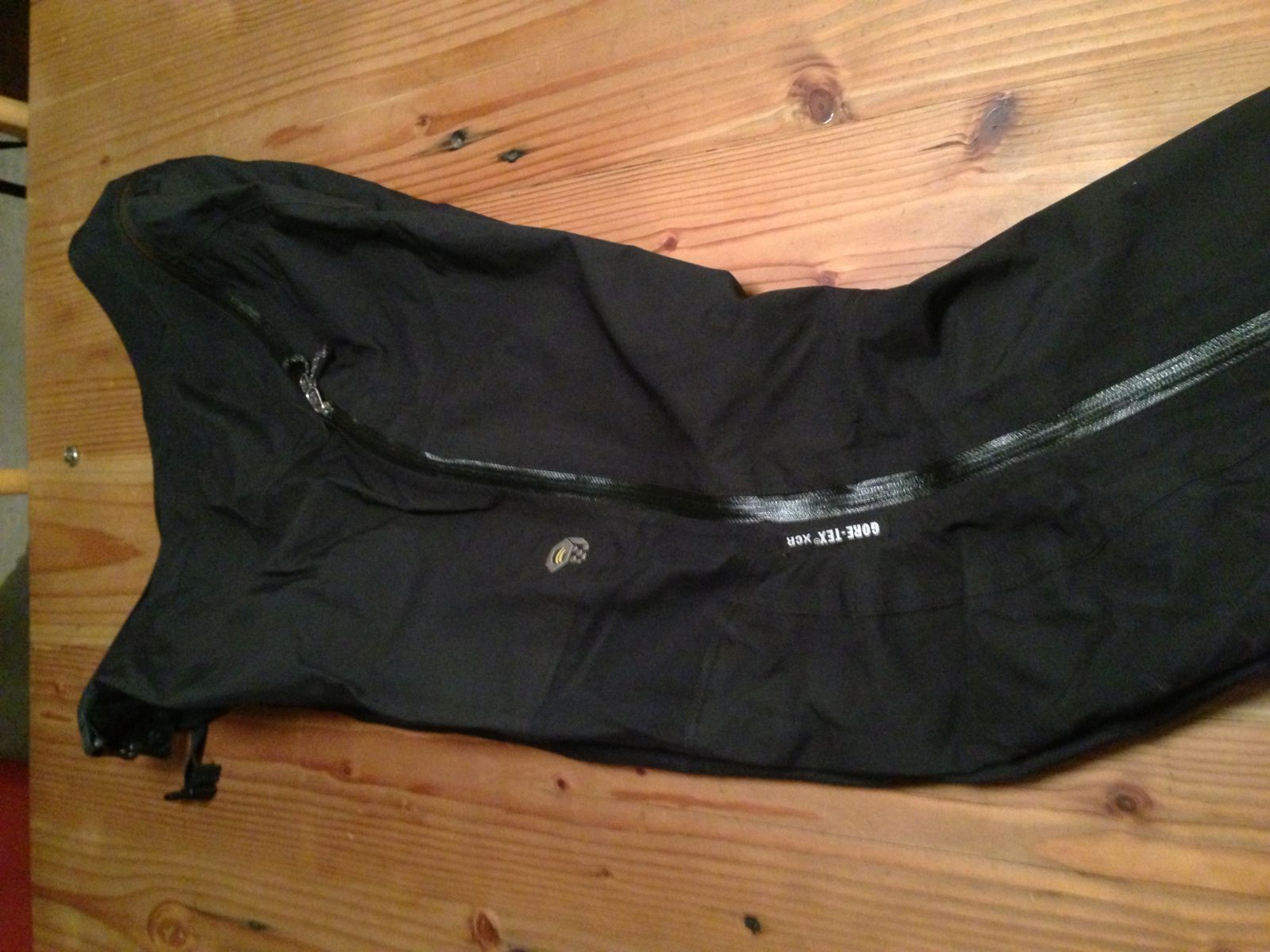 This is also the first that were done with laminating and gluing, reinforcing the fabrics on an edge guard through a large piece of tape and basically sewing – adhering the fabric to the tape and then the tape to the fabric, which actually was Cheryl’s first concept of how could we start actually even doing this with seams and how could we start doing this with other components that a jacket would have? And the concepts that were developed out of this pant of the urethane zips which really Ethereal was the first jacket in the market to use the urethane zips. Later on Arc'teryx would lay claim at inventing the whole category but the Ethereal Jacket and then the Ethereal Ice Jacket and Pant did it.

The Ethereal Ice Jacket, which I wish I had one, had the unique element but we decided for a nice climb and the easiest and best place to vent was the forearm. And the forearm, the one we found from our friends at Gore you actually generate more heat in your forearms than you do underneath your body. And reaching it so you can vent on the fly and close it on the fly certainly it can’t—with the pack on—can’t happen underneath the arm or under your armpits. So we actually invented this concept of having a venting forearm.

So a lot of times when you’re hot the first thing you do is push up your sleeves, with a sweater, push up your sleeves you cool really fast. So we found that we could actually then have a zip you could access while you’re climbing, a zip that opens, a zip that close, you don’t have to worry about stuff getting in or your pack covering it up.

So a lot of firsts were established in the pant and it is the one piece of gear I will never sell, never give away, never get rid of. And eventually they’re going to die, I use them a lot but the Gore-tex we used and the quality of the face fabric they still wet out a little bit and keep rejuvenating it but they haven’t given up the ghost yet.

Al: So this has proved durable over the last twenty-some years.

Mike: 20-plus years. It’s been up Rainier probably five or six times.