Martin Zemitis on designing a tent for Babu Chiri Sherpa

Powered by Drupal
Story by MartinZemitis

The challenges and stress of building equipment for extreme conditions. 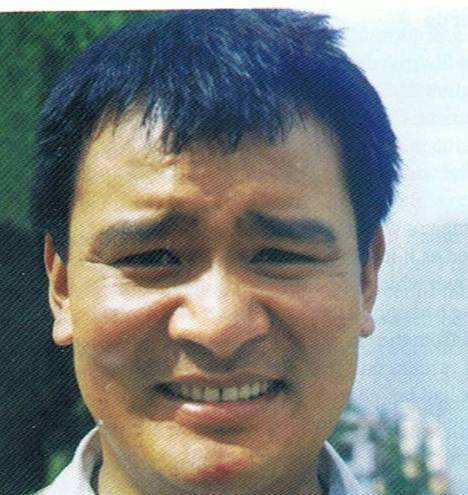 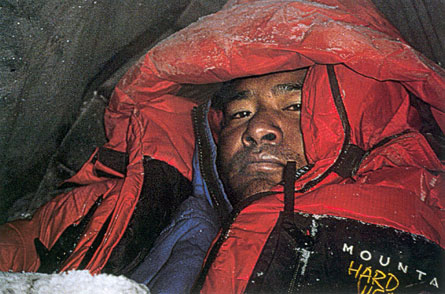 Here's footage of Babu stay on top of Everest from Mountain Hardwear's youTube channel. Here's Babu's Wikipedia page. It has taken time for Sherpa climbers to begin to get their due. Now everyone mentions that it was both Hillary and Tenzig Norgay that first climbed Everest but the Sherpas are still hugely under recognized. It's my hope that OutInUnder can provide a platform for more stories about this remarkable individual.

Martin Zemitis: Sherpas are some of the best climbers in the world. They are very humble, they are very quiet. So sometimes its kind of hard to drag things out of them but once you get to know them and once you start working with them, you know, they’ll open up and you can have them use gear and get feedback from them.

One of the early Sherpas I worked with, his name is Babu Cheri Sherpa. The story started in Mountain Hardwear somewhere around 1998. I don’t remember the exact timeline but it was Robert Link came down and said that I’ve got a guy who’s climbed Mount Everest 6 times. He has a speed climbing record for the mountain at the time and he wants to spend a night of the summit of the Everest.

I kind of rolled my eyes, I turned around and started working on my project. He was like no no Martin, seriously, this is for real. This person really wants to do this. I want you to meet him. I go like OK, bring him down. So down came this rather short gentleman but he was about 5 feet in diameter. I think he was nothing but a big lung and a muscle. He had legs like like tree-trunks. The guy was just a very stout, strong person. And he said he wanted to spend the night of the summit of Everest. And I said well ok. If you’re going to make that type of commitment, I’m going to make the tent for you. So my samples sewer and I spent a week where we told them to come back in a week and we will have a tent for you. So we made them a tent and he ended up succeeding in his dream. He called the tent the 'akash' which means the sky in Nepalese and he was up on the summit for 23- 24 hours.

Interviewer: Folks might not realise what the summit is?

Martin: The summit of Everest is 29,000 feet and change and nobody’s ever slept above, I believe it’s 24, or 25 thousand feet. They have winds high enough to blow you off the mountain. We had to make a very very strong and light small tent that Babu was capable of carrying up so it had to be light but also had to be strong enough to withstand, you know, we figured, a 140 miles per hour wind.

Martin: Nobody’s done that before or done it since.

Martin: Yea, nobody else. He is.. It’s very dangerous to do that. You know you can get stuck up there with the bad weather...at any time you can start to have respiratory issues. So you really have to make a big commitment and risk your life to do, to pull something like this off.

Interviewer: So it it like stressful designing stuff for people who you know that are going to go out and sort of take it out and risk their life using your equipment.

Martin: Yea, when Babu was on the summit of Everest, I didn’t sleep that night.

And the blogs were saying that I designed the world’s highest coffin and when I read that I completely lost it. Cause you know, it could have been.. A lot of people didn’t think that he could do it and so that was a pretty scary at the time.

So when you are making this very esoteric gear that people are using on these very dangerous, very serious expeditions it is very stressful cause you don’t know… it hasn’t been tested, it’s a new. You are making something new, you are going beyond your bounds and so are the people using the gear. So there is some teamwork there between the users and the designers and the people who make the gear.

Jun-28-2014
#1
Jennifer Slaboda (not verified)
I remember it was a few
I remember it was a few months after I started at Mountain Hardwear that Martin told me he was doing this for Babu.  I thought he was CRAZY to let someone spend the night on the summit of Everest in a tent.  Until I saw the tent.  And I met Babu.  It was a fun marketing project, for sure!
Top