Mana from the Gods on the Vancouver Trail 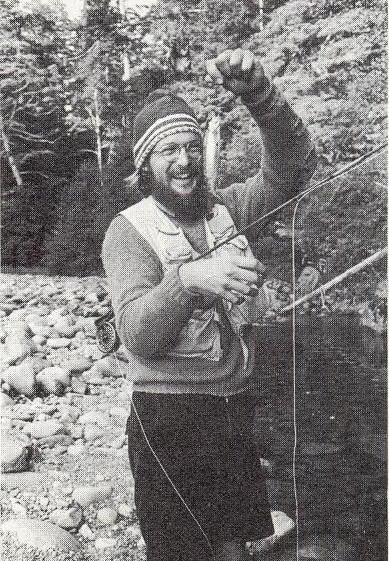 Whoever did the food planning for the trip must have thought that once on the trail we would be able to re-supply at a nearby Safeway. That’s because by the start of day four on the trail, we were running low and rationing meals. And just when stomachs really started to growl angrily, fate stepped in.

Walking along a fog shrouded section of beach on day four and about and about a half mile ahead of the rest of the group I thought I saw an orange in the distance. Must be hallucinating. But on getting closer I realized it was an orange.  I picked it up walked on soon finding oranges littering the beach. Obviously a crate of them had fallen off a ship and washed ashore.

After gathering them all up, I created an orange pyramid (with an arrow created out of oranges pointing to it) and waited to see the reaction of as the rest of the group as they came up the beach. Their disbelief quickly gave way to joy. The oranges helped to momentarily ease any group tension and the hunger pangs.

The next morning we hiked to the Chewat River where we would be forced to wait for the tide to go out to ford the stream. Sitting by the lagoon formed by the incoming tide, I noticed fish rising and figured it must be a run of either salmon of sea run trout.

As fate, again, would have it, I had a fly rod and reel and some streamer flies in my pack. I had been admonished not to take them along but did anyway and now was rigged up and ready to angle.

I went to the head of the lagoon and started casting. Nothing. On about my tenth cast a couple in their thirties appeared on the other side of the water. They motioned me to go upstream. After about a half-mile  walk we came to a spot where the river was no more than twenty feet across. Here the couple signaled me was the best place to catch what turned out to be sea run trout.

The couple eventually forded the river to get their fish revealing that they were ‘back to the landers” refugees from careers in Vancouver spending a year living cabin near the mouth of the river and living off the land.

We parted and I strolled back to camp and a sea of glum faces. “What’s for lunch?” No answer. “How about these, “ I said dumping close to twenty pounds of trout onto the sand.

Fished rinsed and cleaned, fire made, fish fried we made up quickly for the lack of food.

However, it didn’t take long for hunger to again become an issue. But once more fate stepped in on our next to last day in the form of a fisherman who would ferry us across our last river crossing. He just happened to have ten pounds of crab in his rowboat that was promptly purchased.

Our last morning in camp, all we had left was a bite of fish and a cup of coffee each left and dreams while hiking the last miles of a hamburger and malt in Victoria.