Powered by Drupal
Story by JohnMurphy

George, you are such a raconteur! [See George's The Story of the Sierra Designs 60/40 Mountain Parka.]

Many thanks for all the accolades, but, as in most legends, there are a few elements of real truth, a few of ‘maybe’ partial truths, and some downright gorgeous “untruths”. With your permission, in absentia, (I hope you are doing well! Will you ever make it back to Richmond?) I’m going to bare my soul and tell the “real story” of 60/40 cloth.

In ancient times, I was working for Milliken. Roger (Mr. Milliken) said I had to go to Spartanburg in 1975 if I wanted to continue my “fast track” progress up the Milliken corporate ladder (thank God I ducked that bullet!!).

But, as you know, I was married to a lovely young lady from Lubeck, Germany (Actually Oldenburg Holstein, but no one knows where that is!) who was struggling with life in Rye, NY. Spartanburg  in the early 70’s was just NOT going to happen! A “salad” was impossible to find on any menu! And high school football was not where our nightly conversations tended to go.

I began to look around.

One of my other customers, Jack & Jules Manes, made it very clear that they would “back” me if I found a particularly ‘choice’ acquisition. The Arthur Kahn Company came immediately to mind since the then owner, Harold Marks (85 years old), was a good business friend. Long story short — Jack/Jules & i made the deal in about 2 weeks. I went from Milliken Area Sales Manager to President, and 50% owner of TAKC. 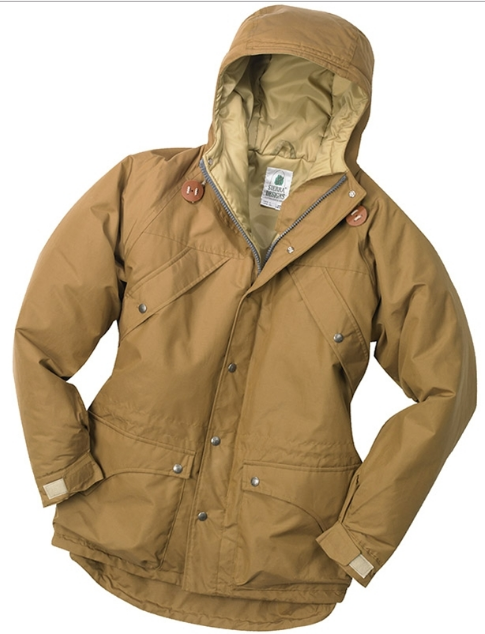 Thor Gustafson was Sales Manager. He & Harold in @ 1972/3 had already developed the first 60/40 cloth at Keystone Mills in Hershey, PA.  Their original big customer was the MacGregor Golf Jacket. It was an incredibly tightly woven cloth with a 70 denier bright nylon warp (Arthur Kahn Company had been a women’s sleepwear and girdle fabric company coming out of the late 40’s early 50’s.) They took one of their really wonderfully dense 100% nylon satin fabrics and put the finest cotton they could find in the fill instead of nylon. It was China Grove’s long staple, Egyptian cotton. (For the true textile cognoscenti — it was a 2 ply, 60/1’s, reverse twist, exquisite yarn — never really affordable and certainly never again spun anywhere except in England for Bond Street shirtings.) We quickly made some lower cost changes, but remained true to the original wonderfully bright shiny look with a pronounced ‘file’ across the fabric created by the heavier cotton yarn.

In those days durable water repellants were just emerging out of the labs in Wilmington, DE. There was a precursor to Zepel®️, but I can’t bring it up at the moment. Prior to the late 60’s being outdoors in inclement weather was an awful experience. It did not take long in a steady downpour for the user to be soaked through.

The first ‘miracle’ cloth for the outdoor world was an incredible cotton fabric out of England that came to be known as “Byrd Cloth” (A very famous guy took it to one of the poles.) 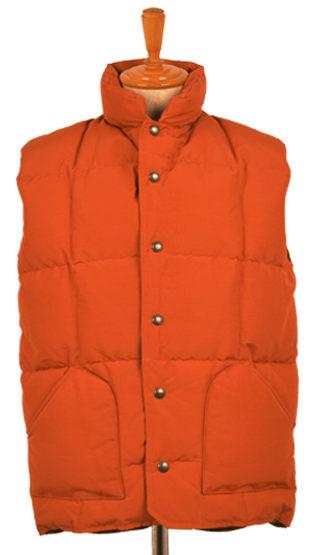 The magic of this Pre-Fluorocarbon (as in “carcinogen”) fabric was that (in theory anyway) it’s outer 1/50th of an inch of cotton swelled up so much with the initial wetting that there were no interstices left for water to migrate through. It was one of the densest light weight cotton fabrics ever woven, Howe & Bainbridge of Boston (an Arthur Kahn nemesis) imported it for the few U.S. users that thought they could afford it.

Thor had shown it to George Lamb (Camp 7), The Holubars, SD, Woolrich and Eddie Bauer before Jack/Jules & I bought the company in 1975. But I believe that only SD and EB had really bought into it aggressively at that time.

What you remember about my contribution was my first visit with Thor to Berkeley in 1975. ( I was 35 years old — fit & tan & probably wearing one of my trademark suits, tie and french cuffs. (Can you imagine?? in Berkeley in the 70’s?) That changed pretty quickly! The Big Sur beckoned.

One of the main topics of discussion that day was that our “RAMAR” — your “60/40” cloth -  was narrow. Keystone had ‘old’ looms. And they also had limited capacity for this exclusive construction for us. Demand was beginning to far outstrip supply in the market. I’m sure you remember that, coming into 1981-82 -83, we were on “allocation” to the market. All of our customers had to give us “blanket” griege goods orders — sometimes 6 to 9 months out! We were (believe it or not) dyeing @ 40,000 yards per week and could not keep up. I finally convinced Milliken to weave it for us at 60”. That was the Murphy breakthrough.

But, unfortunately for all of us, there were unforeseen seismic, sea change events coming that knocked our feet out from under us.

1.) Greenwood Mills came out with a 65/35 poplin they called “Bayhead”. (Dull - awful BUT) their selling points were:

A.)  A much better price  — tough to fight that off.
B.) They made our customers believe that 60/40 had a “shrinkage” issue (huh? — @ 600,000 yards per year for 10/12 years with nary a complaint??
C.) W. L. Gore began flying “all” of our customers, First Class, to Asia to visit their new “Gore approved” factories in HK, TW and Singapore. While in Asia (it did not take a 185 IQ), all these U.S. based companies suddenly realized that it wasn’t only Gore-Tex garments that could be made for a third of the U.S. sewing costs or less.

Thanks for your patience & time. It was a great run until the wheels came off!

Nov-18-2020
#1
Joe (not verified)
Dear whom it may concern,
Dear whom it may concern, Hi. I'm Joe(my Korean name is Namsun) from South Korea. I would love to say I red your article about 60/40 clothing, and I'd like to ask if you have any contact info or clue regarding fabric mills carry 60/40 cloth. (65/35 Bayhead also, if you know) Many of Japanese & American brands make outers out of this original fabric, but it's too sad that there's no chance to get any contact point to have this fabric. Kindly reach me anytime if you see this message. Best, Joe
Top