This summer early office mainstays Lawanda Ultan and Arela Beary were interviewed in Berkeley by Alan Tabor and Doug Peckler.

Arela: Okay, so I can tell you how I got to Sierra Designs.

So Uri my husband graduated from UC Berkeley, and the first job he got was in a company similar to  something like today’s high tech in Silicon Valley— a start-up named ISD. And he began the job and I think the first day met Dan Ultan,  and they became pretty close.

Later we found out Dan was the husband of Lawanda Ultan. And I was at the time in the middle of searching for a new job, and Lawanda was working at Sierra Designs at the time. And after we met it looked to her like I would be a good match for her and for Sierra Designs, and she said, “Arela, why don’t you come and meet the guys? Meet George and Bob; maybe David Bushman will be there.” Because David was the bank at the time. 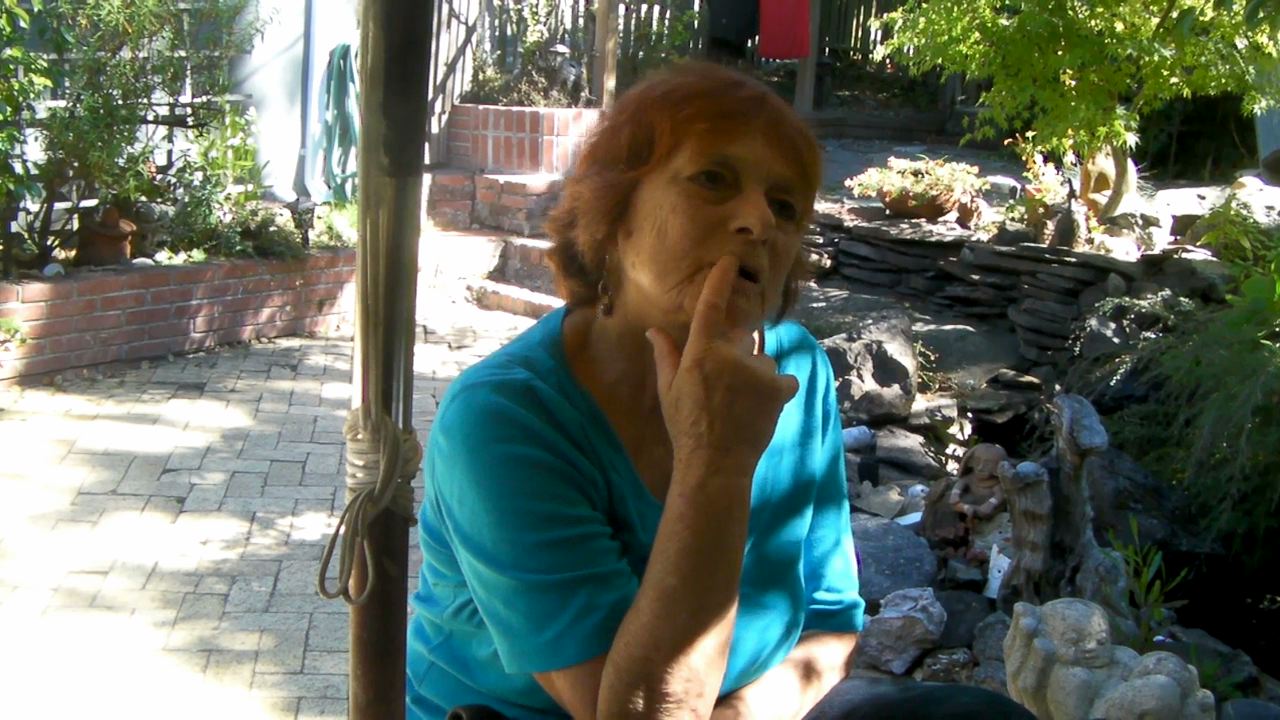 So I came by to check it out. They checked me, I checked them; it looked like it would be a good match. I had no clue about any of work that I was going to do. I’d never done anything like that. But it looked like these guys would have enough patience for me.  If they knew anything they could teach me, and I could teach them, and we can do the process together and would be just fine. And it turned out to be really just fine. Slowly I picked up different skills. We set up the new Singer computer. You remember that one with lots of paper? Were you there? Yes, you had to be.

Alan Tabor: Yeah, but I wasn’t close to the computer at that point.

Arela: No, anyway, so we got a new computer at the time.

Alan: So what year is this?

Arela: No, they would just say, “Sit down here and answer the phone if there are any phone calls.” At the time they had only few wholesale accounts, I think Eastern Mountain Stores and another store maybe in Wyoming, I can’t remember. Some very few stores but Bob and George said, “Just speak English so they don’t hear your accent. Make it up, sound like a native if you can.” But they were really very good to me. I mean, so understanding, and I think it was going to be actually a part-time job, but it became slowly a very full-time and very demanding kind of a job.

Doug Peckler: Do you remember how many employees there were when you started?

Arela: Maybe 7. Could be more but not too many. Paul Kramer came soon after me.

Alan: So Reba McWhorter would be there, Peter Langmaid.

Arela: Reba and Kimiyo Galyen  were there, and Henry Gruchacz was there, and someone named Robin was there.

Okay. I would say maybe 10 or 11.   After awhile Lawanda left and I stayed. It was a sad day because we enjoyed working together. It was a lot of fun, a lot of music and singing and also working. So she left and I was the only person at the office and very slowly picked up all the things that needed to get done.

Alan: Because when I got there it was late 1976, so Steve Langmaid was there and Whitney Ellsworth was there, and Wei Ting Huey,  and I think that was the state of accounting. And you were sort of personnel and payroll at that point?

What else? Who was there? No, Steve Langmaid was  not there yet. We had other other accounting personalities. They brought in a CPA who didn’t stay very long, and only after that Steve came.

Alan: Maybe we should get the catalog we see if you can figure out people in that catalog, or do you have like a couple of stories that you think are like good anecdotes that kind of define that? Because that was a pretty crazy period of time. I mean, it was still pretty crazy when I got there in the mid 70s.

Arela: The best fellow employees I ever worked with were at Sierra Designs.

They were the most creative, passionate people, interested in so many things in addition to the work. I would come home and tell Uri, “God, this is the closest thing to the people that I grew up with in my community.” Because I grew up in Kibbutz in Israel, where one of the things you really have to do is come together for one main cause and make it work, make it good, make it happen; and getting along is the number one thing for working together.

Arela: Making something happen and not just marking time, coming for eight hours a day, but actually when you do come for eight hours a day you really make a difference. You do something that is very important—and you come out at the end of the day you feel really good and satisfied because you have done something. Did you always feel that way in some extent?

Alan: Well, to some extent depending on what time period it was at Sierra Designs. And then in the starting of Mountain Hardwear I think it was very similar— there’s eight of you and if you don’t do your job wholeheartedly what has to happen doesn’t happen. And people are attracted to it because they want exactly what you’re saying—that sparked memories of the early Mountain Hardwear days because it was the same. People would be attracted because it was exciting to make something happen. And there were people that were working as a team, so I think it’s very similar.

Arela: Yeah, I think it was that kind of a thing especially,  I felt so good about it. The only problem I had was that  I was the only one who had a young child.  My son Leor was four, and I always had issues with where I’m going to put him so that he’s well taken care of until he goes to school. And you just had to do your job. This was number one thing. I probably would do something different now.

Arela: Childcare. I mean, it was not available at the time, it was very difficult. But Bob and George were actually very understanding. Bob had young kids at the time, who else? Actually I was the only one.

Doug: They should have designed a tent for that, you know what I mean?

Alan: Yeah, and so you and Lawanda remain friends all this time?

Arela: Yeah, we did. Uri left the company and then Dan passed away.  However, one of Lawanda’s children  is about Leor’s age. And so we kept in touch, although we don’t see each other often because everybody has his own life and blah, blah, blah, but we are very connected. So any time we meet, we just continue on as if we never really paused.