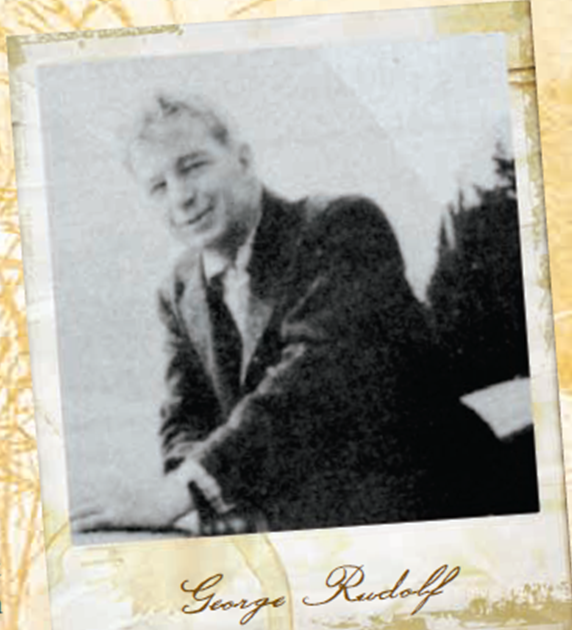 Among those who supplied the growing number of outdoor enthusiasts early on was George Rudolf, arguably the father of the modern outdoor industry.

In 1935, schoolteacher Rudolf and his regular skiing buddy, engineer Phillip Von Lublein, opened a small ski shop in Berkeley, California. They called it The Ski Hut and it cost them $750 to open the doors, albeit with limited business hours since the two men kept their day jobs.

At the time, California’s Sierra Mountains were a popular spot for ski mountaineering, an activity Rudolf described as, “touring out to the neighboring peaks and, after lunch, making one glorious run back to the lodge.” To satisfy skiers’ demands, Rudolf and Von Lublein started importing gear from Europe.

Hoping to expand their customer base, the two men approached the Southern Pacific Railroad with the idea of selling ski gear on the regular weekend ski trains from the San Francisco Bay area to Sierra ski areas.

The plan was approved and as their Southern Pacific ski train sales flourished, rival Western Pacific Railroad asked them to start selling on its ski trains, as well.

By 1941, business was so good that Rudolf quit teaching and devoted all his time to The Ski Hut. Ironically, the United States declared war a few months later, and Von Lubkin was whisked off to Washington, D.C., to work in the Pentagon, while Rudolf stayed close to home working at the Alameda shipyard south of Oakland, California. The Ski Hut was shuttered.

The two men re-opened The Ski Hut postwar in 1946. A year later, Von Lubkin was paralyzed in a skiing accident, causing Rudolf to take over complete control of the store.

In a 1991 interview, Rudolf recalled those early days: “The late ‘40s and early ‘50s was a very creative period. Gerry Cunningham, Alice and LeRoy Holubar, Dick Kelty, and Eddie Bauer— all these people were working on gear. And all kinds of consumers wanted to get into the mountains after the war.”

During the early ‘50s, The Ski Hut retail store became a fixture on Berkeley’s University Avenue, and expanded its offerings to include sleeping bags made to the company’s specifications by Thomas Black and Company of Scotland.

Importing sleeping bags ended when Rudolf formed Trailwise, his own domestic sleeping bag, tent and apparel manufacturing company. Among many Trailwise landmark products was the ultra-slim, ultra-light and warm Slimline down sleeping bag.

Domestic production in hand, Rudolf turned to importing and formed Donner Mountain Company to bring in European-made gear and apparel. Among the brands the company made famous in the United States market was the Italian-made Pivetta Boots. Years later, Donner Mountain would produce boots and shoes abroad under its own label, including some of the first boots to use Gore-Tex linings.

Over the years, Rudolf’s various enterprises served as the training ground for many individuals who would become the second-generation leaders of the outdoor industry. Those people included Bob Swanson, George Marks, Peter Noone, Kate Larramendy, John Schelling and Allen Steck.  A nice reunion photo of the two Georges—Rudolf and Marks—can be found here in George Marks' Sierra Designs history.

Mar-12-2018
#1
Paul Stoermer (not verified)
Great article! I worked at
Great article! I worked at the Ski Hut from 1956 to 1958 while in high school in Berkeley. I have a lot of good memories working there for George and Alan.
Top
Jan-08-2022
#2
dan burby (not verified)
thank george for the pivettas
thank george for the pivettas he imported from italy
Top