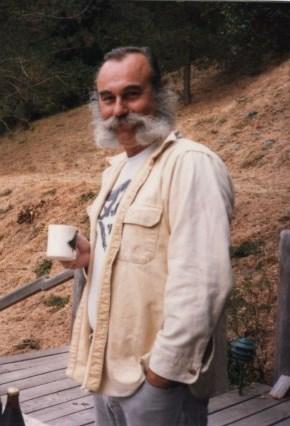 Here is a brief but concise history of my start and subsequent involvement in the Outdoor Industry:

In 1952, upon the demise of my father, I had been living on a dairy farm a few miles south of the city of Sonoma. Before that time I had spent a bit more than a year in the Air Force due to the advent of the Korean War. I had been given a hardship discharge in 1951 to take over the farm, and due to this service I qualified for G.I benefits.

My mother, sister and I had returned to our home in El Cerrito, which we still owned at the time. I enrolled in the Contra Costa Jr. College, where my life took a dramatic change. There I quickly made friends of two brothers, Jack and Dick Long and all of their friends. With them I was soon engaged in a series of outdoor activities that included camping (which I had never done) backpacking, rock climbing, high altitude mountaineering, and skiing. I also became a member of the Sierra Club, Rock Climbing Section. This was a great period of exploration of California, of which I had almost no knowledge.

When I graduated from college at San Francisco State (June 1955) with a degree in Romance languages (French major, German minor) I took a post as an English assistant to the English department of the Lycee de Garcons in the city of Thionville, France (1955-’56). During my one-year stay in France I had joined the Club Alpin Français, and spent a summer in Chamonix hiking and climbing with my French friends. From there I moved to Germany where I had a similar post in the city of Wiesbaden for the next year, 1956-‘57. Then on to another German city, Giessen, for the last scholastic year, 1958-’59. During those three years I had become very fluent in both French and German. The summer of 1959 I took a bike trip with a German friend down through Spain and on to Morocco.

In the fall of that year I returned to the US, where eventually I got a job early in 1960 at The Ski Hut in Berkeley, as I had become acquainted with the manager, Allen Steck, at practice rock climbing sessions on the weekends in and around Berkeley.

Near the end of 1961 my friend Jack Long asked me if I would like to go to Antarctica. He was part of a team from the University of Ohio, where his older brother Bill was doing research having started during the IGY period 1957. (International Geophysical Year). I accepted and was soon on my way to New Zealand and on to McMurdo Antarctica.  I spent a bit longer than one year there and then returned home. 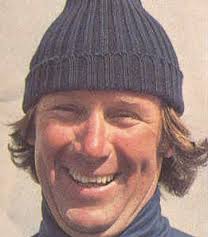 I went back to The Ski Hut where, in 1963, where I met my future partner Bob Swanson. We became fast friends, and by late 1965 we had left our jobs at The Ski Hut and with our new partner David Buschman we founded Sierra Designs.

During all the time before the foundation of SD I had become skilled at many outdoor activities and was critical of what we had as equipment and clothing. My time at The Ski Hut was devoted to manufacturing tents, sleeping bags and a few garments. Bob had run the mail order business. By the time we left we had a collection of skills that would be much to our advantage as we began to move forward into the great Unknown of what was to become the Outdoor Industry as we know it today.