Powered by Drupal
Story by GaryJensen

I was introduced to George [Marks] at the Tewksbury shop probably late 1965 or early 1966.  A friend of mine (Bob Bigelow) was out shopping for a down jacket and asked me to tag along.  At some point, shortly after Bob [Swanson] and George moved into the Berkeley facility at Forth and Addison, Bob Bigelow asked me if I’d be interested in a job at SD.  I was, at that time, looking for a part time job.    I interviewed with the first (?) retail store manager in Berkeley.  His name was Don Evers.  I believe Paul Kramer and, possibly, Peter Langmaid were already working in the retail store at that time.  Bob, George, and Henry [Gruchacz] were still working on building out the first floor.  Working on building the cutting tables, lunch room, etc.   Reba [McWhorter] and maybe one or two others were already sewing while the building was going on around them! 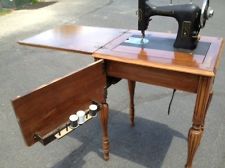 It’s my understanding that when Bob and George left Trailwise, and before they set up Tewksbury, they ended up at George’s mom’s place.  A sewing machine set up on her kitchen table!  You better check with George on this, but I believe it is true.  So, I think George’s mom might have been the first employee!

(Sewing machine photo from George Marks. George adds: "Almost true. The machine was a White cabinet model, not a table top. She was one of our contract sewing ladies, but not an employee. She made all of the Model 300 sleeping bags, one of the more complicated styles we developed. See the attached image, it was something like this.)

I worked a number of years part time in retail.  Thursday evenings and Saturdays only.  At the time, I had a full time job working at the Clinical Pharmacology Research Institute in Berkeley and was working on my degree at UC Berkeley.  After I graduated, I was offered a contract position at SD to work on the budget for the next fiscal year.  I was working on that for the manufacturing manager, Trish Gassler.  Near the end of that contract, Trish decided to leave SD and I was offered her job.  I reported to Steve Langmaid, Peter’s brother.  At some point, I was asked if we might not be able to implement some kind of material requirements planning to track inventory and provide Clara Wells, our purchasing manager, some guidance for purchasing fabric and findings.  We decided to go with a service bureau run by McDonnell Douglas.  They provided a MRP system using key punched cards.  We leased a key punch machine and had it installed on the 4th floor of our building in Oakland.  Robert Moyer and Cathy Mitchell would do the key punching and take the boxes of cards to San Francisco via BART to have them processed.  This provided hard-copy reports that Clara could use for purchasing.

Later, this system was replaced with a small HP3000 running MRP software.

I have attached a pdf file of one of George’s tent patents.  I believe there are a couple of others.  You can use Google Patents to find them.  I was surprised that the collapsible segmented tent poles with bungee were not out there when I looked.  I thought for sure that George came up with that idea.  [see George's comment below.] Maybe not.  There’s no question George is a genius!  I marveled at his description of his use of the catenary curve in the Glacier Tent.  If you are in touch with Bob and George, please tell them I think of them often!  My years at SD are some of the best! 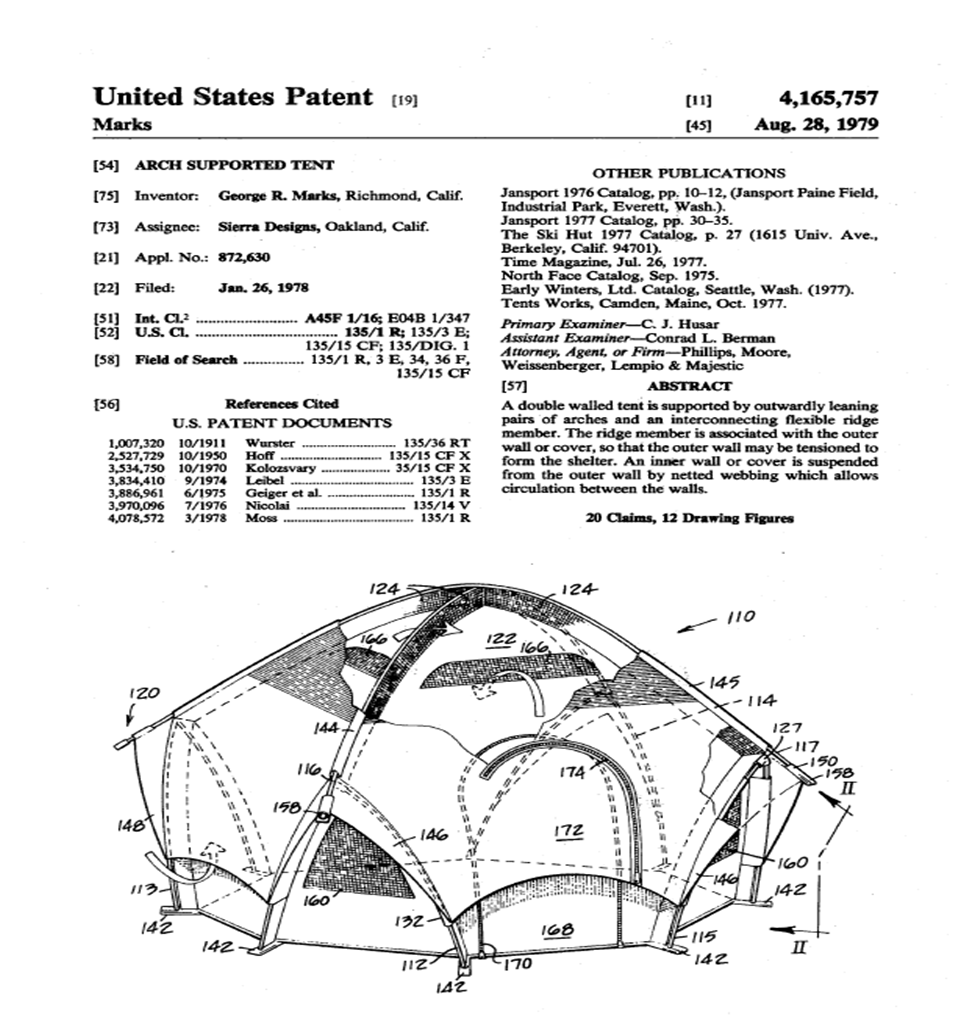 GeorgeMarks
Offline
Joined: 03/20/13
george's mother's name
dear al, my mother's name was MARIE ANNE MARKS nee VON HATTEN, b.1901 d.1976 Reva Tinsly and Darlene (last name forgotten) as well as Jean Lee, were along with Reba McWhorter the first employees in the Tewksbury plant. Jean came along with us from The Ski Hut. I am sure she is in the1971 group photo but I will have to take another and closer look to be sure. re: Mrs. Huey I never knew her by any other name. but it is sure to have been a Chinese name. if you can find her son Bill Huey (aka Wei Ting) he will be able to tell you. George
Top
Oct-06-2013
(Reply to #2) #3

admin
Offline
Joined: 02/22/12
I think this is a worth splitting off into a story of it's own.
George, I'm going to add all these folks in as Persons on the site so we can link stories about them easily and then create a story about who the first employees where. Might be useful to get comments all in one spot.
Top