Powered by Drupal
Story by MikeWallenfels 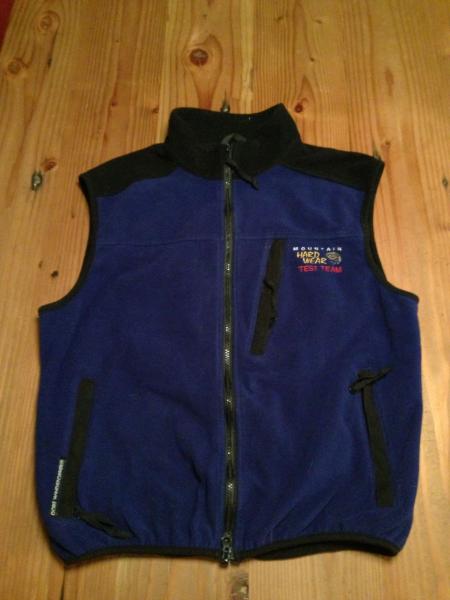 Windstopper was a misunderstood fabric back in the mid '90's. Users considered it an expensive fleece, but we thought that this was a "best of all worlds" fabric combining the properties of a windproof shell that the warmth of a fleece layer. While we didn't coin the phrase "Softshell", we designed our Windstopper garments to be used equally for layering or as an outerwear garment. The result was one of my most treasured layers and one of MHW's biggest revenue generating styles. I use this vest ALL the time and the fabric is so durable that it hardly even looks used.

The Test Team concept is something that I came up with after talking to MHW reps about how we could get retailers to pick up Windstopper. Well before concepts of "Go To Market" programs, we decided to ask Gore to give us thousands of yards of fabric if we gave vests free to retailers as a seeding progam....and they did.

It was simple....all a retailer had to do was write a preseason for 12 Jackets and we would send them 2 FREE "Test Team" Windstopper vests to sell, use for themselves, or demo with consumers. It worked like a dream with hundreds of retailers picking up WS jackets, wearing WS Vests, and most important of all...Gore paid for all the fabric! We grew the "Test Team" concept to other category launches and soon it became assumed that MHW would have a new Test Team program every season. I am sure that there are still HUNDREDS of these vests still being used today and I certainly know that I am never getting rid of mine.

A big part of this product coming to life were Ingrid, Paul Kramer, Ray Ferrand, and Mark Hrubant.

admin
Offline
Joined: 02/22/12
Notice the appearance of the slanted pocket..
This might be great for skiing but if you put a beer in that pocket, you'd be soaked. Just saying.
Top