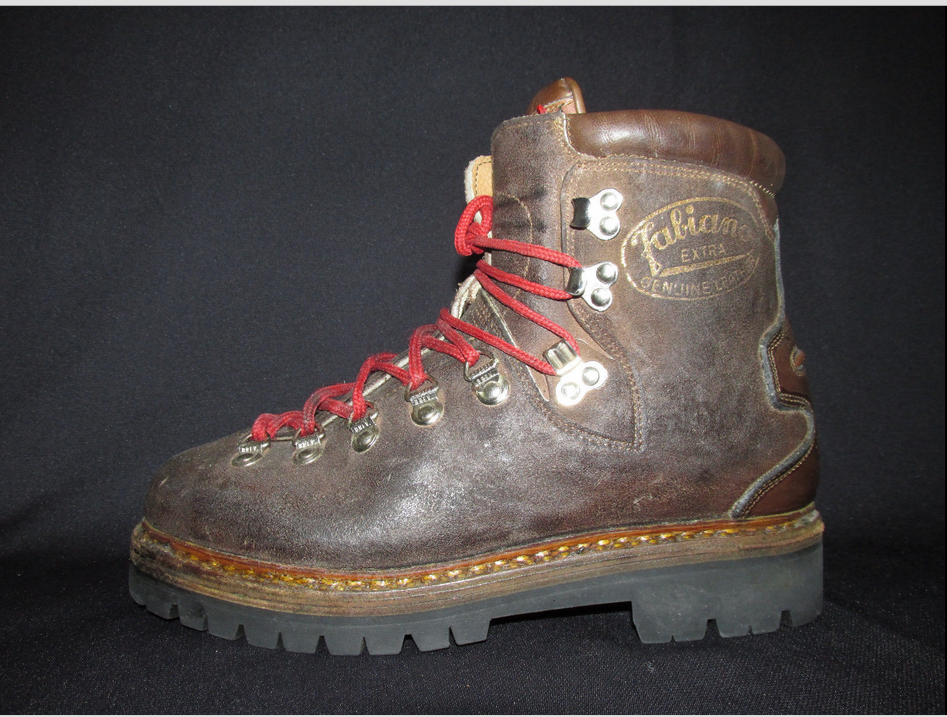 During the winter of 1974, SD retail suffered a setback when The North Face took over U.S, distribution of Lowa boots which had been our top selling boot line but would now to be featured in all TNF stores.

Come March and we hadn’t found a replacement line so when Paul Kramer, Frank Gretch and myself headed to the WWSRA rep show at the SF airport Hilton we did so with one mission- to find a new boot line.

Each of us worked the show on our own agreeing to meet at day’s end and discuss various boot lines and hopefully make a choice and place an order the next day.

We met for a beer and as it turned out all three of us had picked the same line-Fabiano, a line we knew prior to the show only for their telemark ski boot which was way ahead of the curve when it came to stiffness and support. The hiking boots looked good but would they sell?

As to the brand, we soon learned that the South Boston, Mass based company was owned an operated by Edward (Eddie) Fabiano. He came from a long line of Italian shoe and boot makers and his current product line was made in Italy. Assisting Eddie was Nunzio Canizo who, when I would later try my schoolboy Italian on him would say: “Bobby, you make me laugh at the way you speak ‘La Bella Lingua’ (the beautiful language).”

We started small with Fabiano concentrating on a one boot model-the Ria, which we deemed perfect for users wanting a boot they could both hike and backpack in comfortably.

Our first five months with Fabiano, Ria sales doubled every month. And they kept growing to the point that within a year, SD was Fabiano’s number one U.S. dealer. We were happy, Eddie was happy Nunzio was happy. 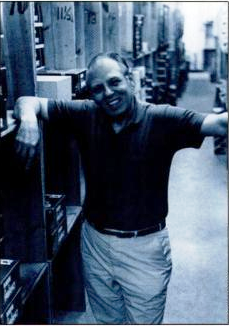 And then the roof fell in. Not for SD or Fabiano but for me. And it came about after I’d left SD to become a freelance writer. And at the heart of the matter was a not-too-complimentary review I’d written about a Fabiano cross-country ski boot in a ski magazine.

In that review I questioned the boots durability as they were nowhere, in my opinion, of the same quality that Fabiano had become famous for.

I’d forgotten the review entirely when I strolled into the Fabiano booth at the 1976 SIA show in Las Vegas. There I was greeted by a grim-faced Nunzio Canizo. “Bobby,” he said quietly, “Eddie is very angry with what you and what you wrote.”

Then Eddie appeared, He started screaming that I was a “traitor”, a “liar” and more. He picked up boots from his display and threw them at me. He put his face up against my chest and howled at me.

A crowd gathered around the booth as the rampage continued. And then, Eddie paused. He took a deep breath, grabbed me by both shoulders, gave me a kiss of each cheek and said loudly, “I love you Bobby, You’re like family. Now get outta here.”

Photo of Eddie lifted from here.

Jan-18-2015
#1
colTom (not verified)
as a 30 years active duty
as a 30 years active duty pilot in the special ops commumity I am familiar with boots of all types :))) when my father in law passed and i found his 1967 size 10 fabiano hiking boots ( almost never worn) it was a great surpise.. they fit like a glove and even by todays standards are among the best!!!! what a gift...what a legacy...i will wear these to the grave.....WOW could we make things well in the day ( without the hi tech equipment we had) these were the ferarri of boots for anyone who hiked I was jealous of all my outward bound friends that owned them i was middle class , at best, so envied those that had fabianos....my position has changed but i still adore my fabianos and wear them as a badge of honor....thank you Dad, for leaving such a fine gift....i will cherish them forever as the wonderful wife you blessed me with....love T
Top
Jan-23-2015
(Reply to #1) #2

admin
Offline
Joined: 02/22/12
Great comment...one of my
Great comment...one of my favorite parts of being involved with outdoor equipment is the love folks (myself included) end up having for particular gear.
Top
Jun-11-2015
#3
clyde morin (not verified)
Leave a Comment. (Please,
Back in 1973 bought a pair of Fabiano hiking boots at the Outback in Durham,NH - great boots! Had them resoled 1x by sending to Boston,Mass - still use them - very comfortable, great foot/ankle support.
Top
Jun-23-2015
(Reply to #3) #4

AlanTabor
Offline
Joined: 03/23/12
I had a pair of Mountain
I had a pair of Mountain Masters (the heaviest of their different versions) that kept me standing up like one of those 'knock down clown' balloons. Great for boulder hopping. I finally let them go when I realized they weighed more than my tent!
Top
Sep-30-2018
#5
Jim Sprague (not verified)
I had a pair of Mountain
I had a pair of Mountain masters from my time in Colorado. wore them for almost 40 years...fine boots, excellent support. heavy, but yes, the best. the new "tenny boots" are light, but you need support and sturdy under you. this is a raving 'hell yes' for this boot...break them in and wear them, good for life!
Top
Oct-15-2019
#6
yannos5500 (not verified)
bought my fabiano hiking
bought my fabiano hiking boots in '75 in casper,wy.;they lasted me 44 years.Quality was second to none-excellent boots...wish they still made them.
Top
Apr-21-2020
#7
Joe LeClair (not verified)
I had a pair if Fabiano
I had a pair if Fabiano Mountain boots. Full grain leather, leather lined. Heavy and stiff, but I never got wet feet in them. Re- soled once. Also had a pair of low Fabiano xc ski shoes. It was like wearing slippers they were so comfortable. I'd drive home with them I wore them for years. I probably couldn't/wouldn't afford Fabiano's today.
Top
May-31-2020
#8
PS (not verified)
Just retired my 45 year old
Just retired my 45 year old Fabbiano "the Alps." Found an identical pair on eBay. Best purchase this year!
Top
Aug-04-2020
#9
Bill MacFie (not verified)
I still have the Fabianos I
I still have the Fabianos I bought in the spring of 1975 at Appalachian Outfitters in Blacksburg VA. Not sure which model, but guessing they are Mountain Masters as they are quite heavy. As someone else said, they stand you up on their own. Still in great shape, although I don't wear them very often because of the weight. Probably should sell them so someone else could use them for another 45 years....lol.
Top
Jan-08-2023
(Reply to #9) #10
Steven Johnson (not verified)
I had 2 pairs. Both purchased
I had 2 pairs. Both purchased from Appalachian Outfitters. They were the Rio's. Heavy well built boot. Best ever.
Top

Fabiano Boots and Me