To keep the lawyers away, let’s call the lead character in this tale, Adam. Adam, the quirky, hyper active, not-too-social apparent genius at fixing and inventing things at SD. Sort of a super maintenance guy. 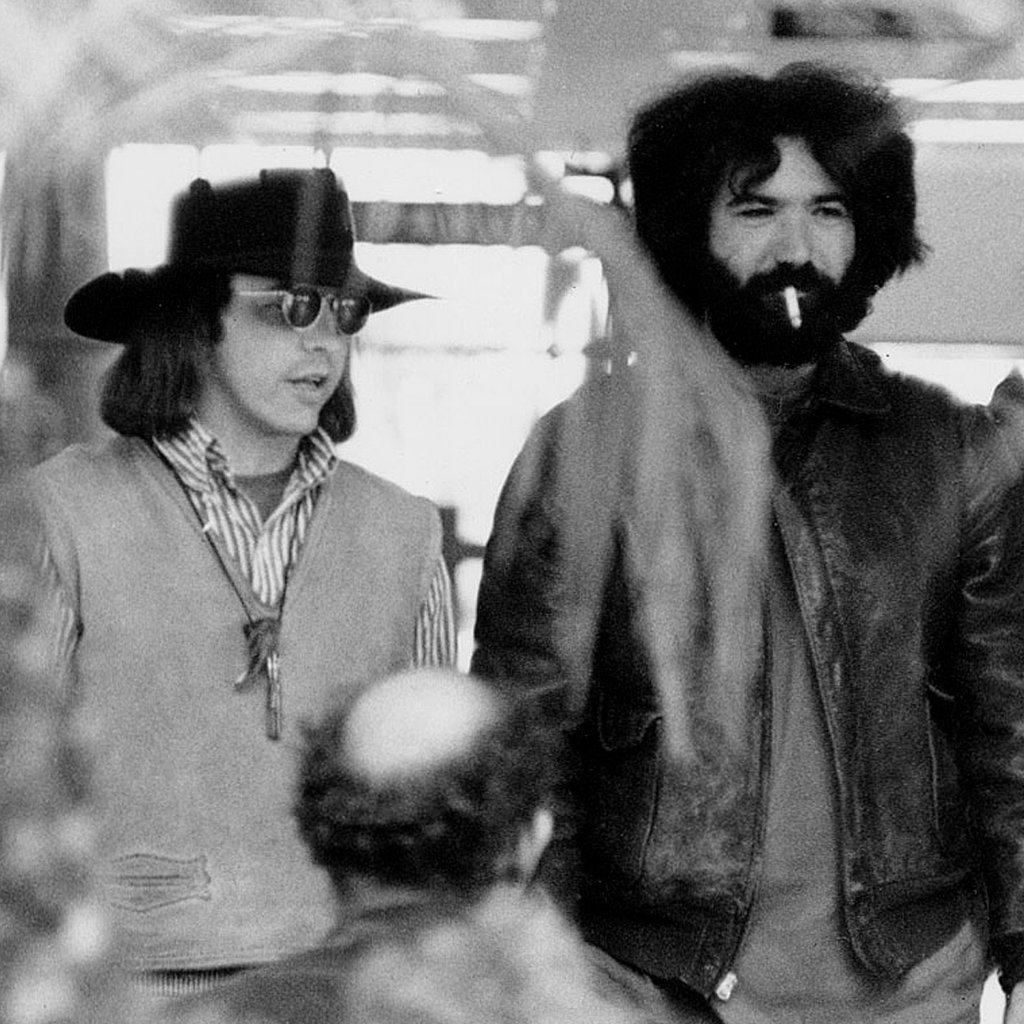 That and, unconfirmed rumor had it, a partner in audio engineer and chemist Owsley (yes that Owsley)  Stanley’s famed LSD manufacturing operation. Now that rumor was never confirmed but frequent visits by inquiring feds agents seemed to confirm Adam’s status in the acid world.

However, I recall that Adam never got busted because he changed his name and address with frequency.

Adam was a shadow figure. Less so was one of his sewing ops cohorts named (again not his real name). Jim who liked to take his lunch break in his VW van. There he welcomed fellow lunch companions with lines like: “wanna couple of bennies before heading back to work?”

No thanks, I gotta stay straight when selling sleeping bags.

Then there was Sam who had a rep as being
a part-time coke dealer. One night a Brennan’s over beers, Sam’s nose began to bleed profusely. “What’s matter Sam, “says a fellow beer drinker, “you got a coke problem?”

Perhaps because I saw the San Francisco DeYoung Museum’s “Summer of Love” exhibit last night, I’ve been reflecting on the role drugs played in the 60s and 70s ‘outdoor industry’ and, of course, the wider culture of that time.

In short: drugs had a huge part in building the scene and then a major part in fucking it up.

[images from the De Young exhibit. Right and left are posts from the Haight St community bulletin board: Feed Your Head, ok, but the meth freaks are lurking in the lower right corner ready to make a big splash on the scene.]

Psychedelics pushed a cellular level need to get close to nature...to go “back to the land”, to get into the backcountry, to live up in the hills or, if all else failed, to spend the day in the park. American culture and politics seemed hopelessly wrong but the backcountry was solid and sustaining.

I remember a meeting with REI equipment buyers and their assistants… at MHW so it must have been mid-90s-ish.

Tent and bag sales were declining.

Deviating from the “don’t let Al talk to customers” guideline due to my tendency to say whatever came into my head, I was in the meeting.  We were trying to think through this unfortunate downward trend, adjust forecasts, and brainstorm what could be done going forward. I managed the forecasts so I was there.

At one point, I blurted out something like, “Well, having LSD make a big comeback would fix this problem!”

Ooops. Cringe. But what I got was a knowing round of laughter. The REI buyer leading the meeting, replied, “Okay, but other than that…” And we moved on.

Another vivid memory. I’m in the SD Customer Service office in Oakland in the late 70s. An employee, we’ll call him Bert, who did everything from repairing sewing machines to reconfiguring office walls, was cutting a new door out to the hall using a plumbers saws-all. He started at the floor and had sawed up to just above his waist level when he seemed to run out of steam. Locking his right arm to hold the saw buzzing against his hip, he proceeded to line up some white powder on a nearby 3-drawer file cabinet with his left hand and used a sawed off Bic pen tube to snort it. With an intensifying screech from the saw, he kicked into high gear and finished the cut.

“Holy shit,” I thought, “that might not be appropriate behavior” and looked over to see our youngest customer service rep watching with eyes the size of silver dollars.

And so it went.

A big part of the problem was that all drugs got lumped together into a broad, “hey, they lied to us about pot so coke/meth/smack can’t be too dangerous” analysis. Bzzzzzzt, wrong.

I got through pretty much unscathed because, as the son and grandson of pharmacists, I had a much more nuanced analysis of “drugs” as a set of quite different things with radically different impacts and appropriate applications.

More from the De Young Summer of Love show.  There were tons of the more famous printed concert posters. I was more interested in the mimeographed and silk-screen DIY stuff. 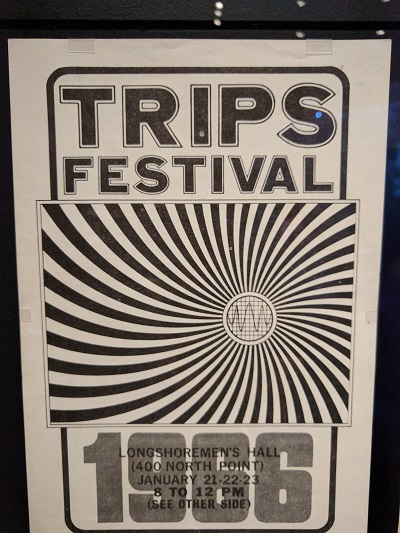 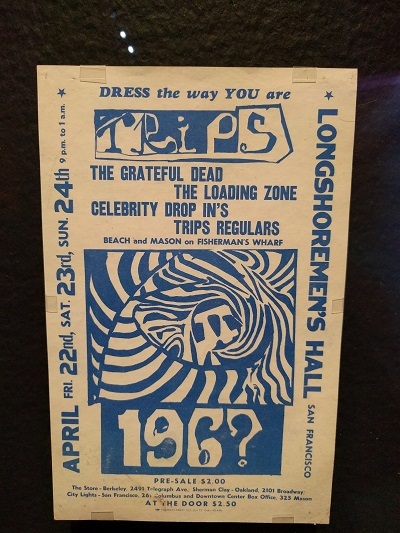 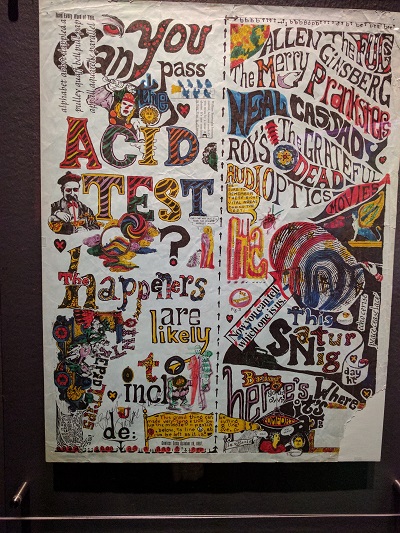 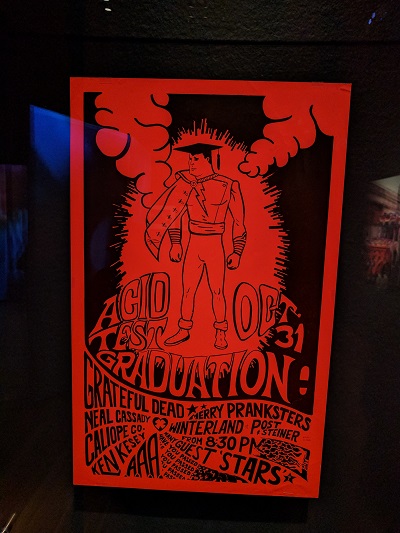 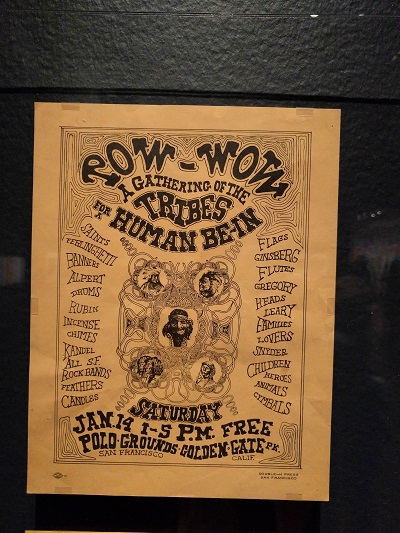