I’ve always been interested in stories. I came by that interest honestly.

It’s fine as far as it goes, I guess.

It provides a ‘dial-tone’ that lets you keep track of folks. Sometimes you get to see pictures of their adventures, or kids, or events. Sometimes there’s a pointer to something interesting or odd. That’s kinda cool. Some folks work hard to be entertaining and I appreciate that on the rare occasions I stumble in. I guess the pre-internet analog to this type of conversation would be bumping into someone for a short chat at a city cafe or street corner or a small town market or church. Pleasantries are exchanged and we go about our business.

It’s worth noting that neither Twitter nor Facebook intended to provide the services that caused them to succeed; they both started out as one thing then became a place for families, friends, co-workers, and compatriots to keep in touch. From there they became the focus of commercial activity and here came the brands and media stars and whatnot. Billboards went up all over.

So now we’ve got places where we can exchange pleasantries in a semi-private corner of the market among the stalls and billboards and din. 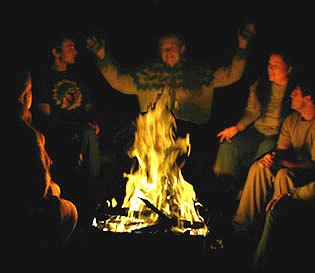 But what about deeper conversations? What about the type of conversation that happens in a new romance or among old friends after long absence? My observation...whether the conversation happens at a campfire, over coffee, in a bar, or during a long drive...is that these conversation start with pleasantries but deepen into trading stories.

My core question: what sort of social media might mimic that?

My key challenge: can deeper conversation survive the transition from face-to-face and here-and-now over to a geographically dispersed, asynchronous form using text or recorded voice or video and still remain meaningful?

I guess this could be considered slow social media…an opportunity to take some time and reminisce and report, think, and tell stories.

There is longer content on the web, of course. The most typical is a blog posts…occasionally with a comment thread that is meaningful and not simply irritating. That’s somewhat close particularly when a series blog posts respond to each other. It can get deep but it’s not framed as conversation. It doesn’t really build out the story-trading interaction I’m trying to replicate.

So what to do?

To get things started, I took a community that I knew well, the outdoor industry full of eccentrics, do-it-yourself-ers, sales people, and outdoor enthusiasts that had been telling stories on each other for decades. I picked a place to start that was quite natural — the colorful beginnings of Mountain Hardwear. Beginnings are always a good place to start, I thought! I gathered the founders to interview each other for a kickoff event (filmed by filmmaker pro buddies), learned to edit video, and started posting stories.

Things went from there as folks mentioned in a story sent in more content in response and as I chased down references.

Precisely this: almost all content is still being created by the OIU team and not simply as stories posted on the site. Often content is created from a story emailed in rather than posted and, as much as I love that, it won't scale.

Hmmm....? Perhaps the starting stories were too crisp. Fuzzy cell phone video might actually have been better. 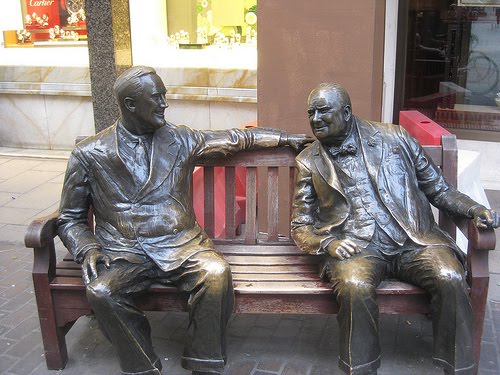 Perhaps the starting place was a mistake. Origin stories are always good but the result now looks like an oral history of the outdoor industry. Heck, it is an oral history of the outdoor industry! But that’s what’s left washed up on the shore by the process of telling and hearing stories. You can see the story but not the story-telling; it doesn’t look like a watering hole.

Given that start, some folks don’t feel they had a starring role and are hesitant to contribute. I strongly disagree with that. History with a capital ‘H’ is made up of all of our small histories. Mountain Hardwear’s course was changed every time a new employee became engaged. Without each of us it would be quite different. If Mountain Hardwear (or TNF or SD) was an important part of your life, then almost certainly you were an important part of it.

I firmly believe that we’re each a hero. Our culture is created by all the actions we take big and small. (And, quite frankly, our actions are all pretty small when considered from the redwoods or looking up at stars from a crag of granite.) We need to own that.

Or maybe it feels a bit too much like you’re talking to the world when you post. (I think that's why I get a lot of stories and comments emailed rather than posted.) Now then, everyone on the planet is not the audience I envision but, instead, it's a collections of overlapping tribes of a dozen or a score or a hundred (but well short of a thousand) talking to each other. 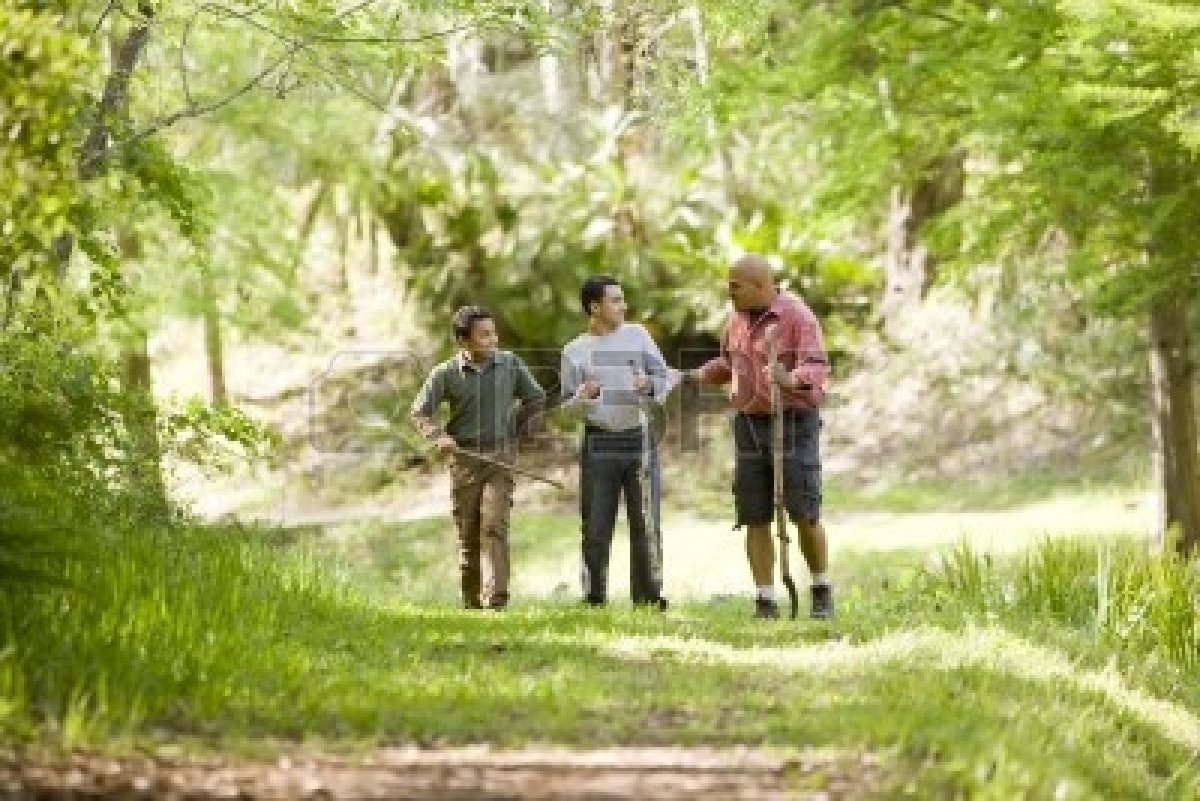 Occasionally a tale might prove of more general interest like George Marx’s Brief History of Sierra Designs. That’s getting search traffic from Google, and that’s fine, but mostly it’s just us chickens. (I'm watching the logs, folks, and I can tell you for sure.)

I know the feel I’m looking for! I’ve found it on-line occasionally. There’s a taste of it in the LinkedIn thread I extracted (attached below) from the TNF Alumni group. You can see the tribe in action as comments start to border over into stories. I offer this as an object of contemplation. I’m using it as one.

How to get there?

First, more of the same. I don’t intend to abandon the ongoing effort to get stories: more about you; more about us; more history; and more Lost Zemitis Tapes. They may slow a bit as I focus on development but I’m hoping to enlist folks to help prevent that.

Beyond that, my approach is, as always, to develop theories and try things to test them.

I’ve occasionally had to pounce on folks at events to get their stories: so more pouncing; perhaps some virtual pouncing via Google Hangouts or Skype to create the conversational dynamic even if we can’t be around a campfire; perhaps some topics for discussion (food fights? design? drugs??).

Further, I intend to play with the site design to see if I can create more of a community look and feel. I think I may start to invite in other communities: families, social cohorts from an organization, or school or cultural event or sports and shape the look to emphasize which group you're in. (The site allows private groups so, for example, your family stories could be shared only with the family. Let me know if you’re interested in that.)

Also, I’m wondering if it would be helpful to build a phone or desktop app to make it easy to do a quick audio or visual recording and send it in.

I’d love to hear your ideas on any of this. Have you been tempted to tell a story? What stopped you? Would any of the above had made a difference? Let me know!

I might still be on the wrong track...but onward. As my wife, Wendy, points out: there’s no way to learn to walk except doing a good job of learning from falling.

Here's the start of TNF Alumni comment thread refered to above. (Complete thread here.) It's discussing an OIU story about Bucky Fuller and Bruce Hamilton at TNF. 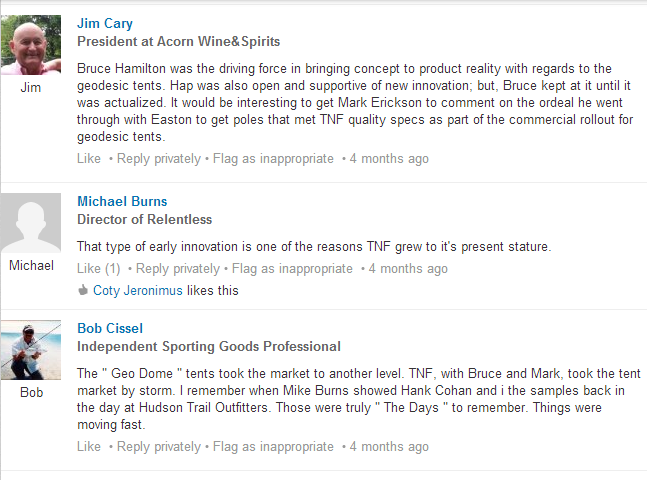 Clearing out my stuff at Mountain Hardwear