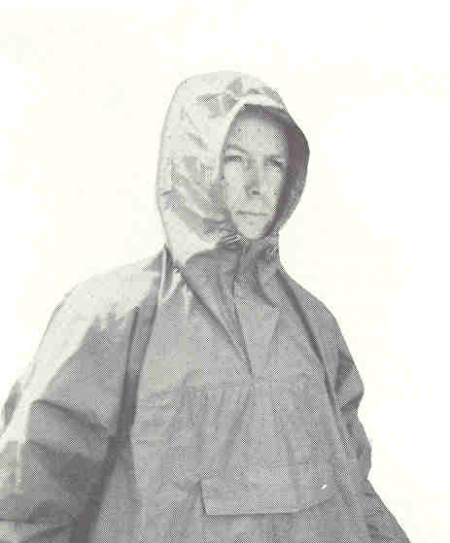 From Al Tabor: When I started working at Sierra Designs, I considered Bob a subdued counter-balance to George's flamboyance. A great example of a partnership that was more than the sum of its parts. That was until I was at an Outdoor Retailer party in a smallish club and suddenly saw Bob emerge from the crowd, wearing some sort of ninja headband, sweating profusely, literally howling, and dancing like a mad man! Initial mpression corrected.

From Paul Kramer: Bob wasn't the great tent designer that George was when he worked for SD but he obviously did get a lot better.  He did have a more analytical mind about things, getting those "bullet points” down. I think he was sort of responsible for the 60/40 idea.  His idea of tent design was often see how to make it less expensive.  Not a bad idea of course.  George was the great designer, just didn't have the ability to work with financial details that Bob did.  They were a good team.

From a source that prefers to remain anonymous: Before Bob's career in the outdoor industry he worked at a local yaught club. I recently was talking to the guy there who remembered Bob and much admired his ability to nap. He would brush the wood shaving off whatever he was working on into a pile, lie down on them on his back, cross his arms over his chest and go to sleep.

At SD, George thought details were irrelevant. Bob totally disagreed. Between them it worked well.