Without question, the Sierra Designs retail store at Fourth and Addison was an adventure. Every move was according to whim more than standard business practices. We learned as we went along on a unscripted journey. 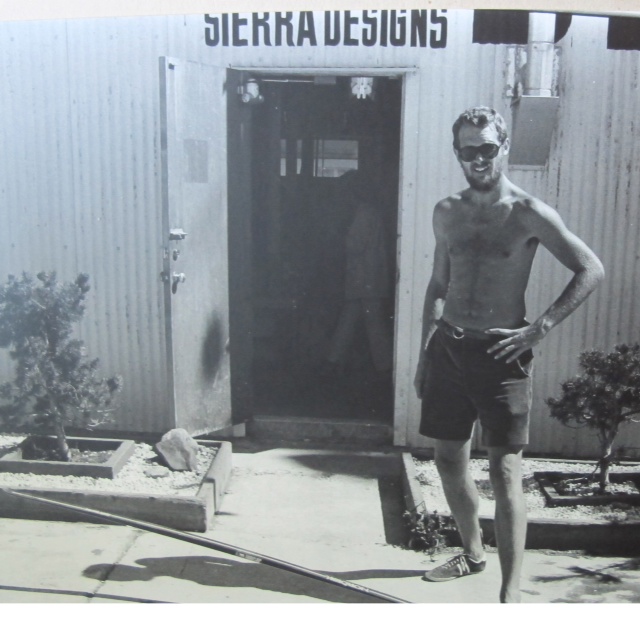 When I took the reins of retail mid-winter in 1974, the first thing I did was to float the idea of not selling seconds in the store but holding them all in a warehouse and then having one giant blowout sale per year.

Paul Kramer was skeptical as were Bob and George when I ran the idea past them. In the end, they said give it a go and we did with a 24-hour sale in early November. The sale would start at midnight Friday go until midnight Saturday. All sales were cash only and final.

On the sale Friday we closed the store early and spent four hours transferring all the seconds and other sale items from the warehouse to the store. We had over 100 sleeping bags to sell and rather than try to lay them out we stuffed them down into the stairwell as you entered the store,a stack some 20 feet high from the floor of the ski shop to the top of the railing at the second floor retail area. Not only was it a great way to store the bags, it also made for an eye catching display.

Once all stuffed into the stairwell, Ron Baldassari couldn’t resist jumping off the second floor railing the pile of bags. He did a flip and made a slow smooth descent through a sea of nylon covered down.

Meanwhile, a shopping team was out buying booze, snacks, breakfast items and coffee. Brinks armored car service was called and asked to come by every four hours to remove cash from the building. Whitney Ellsworth manned a small team that counted the cash before the armed Brinks team's arrival. 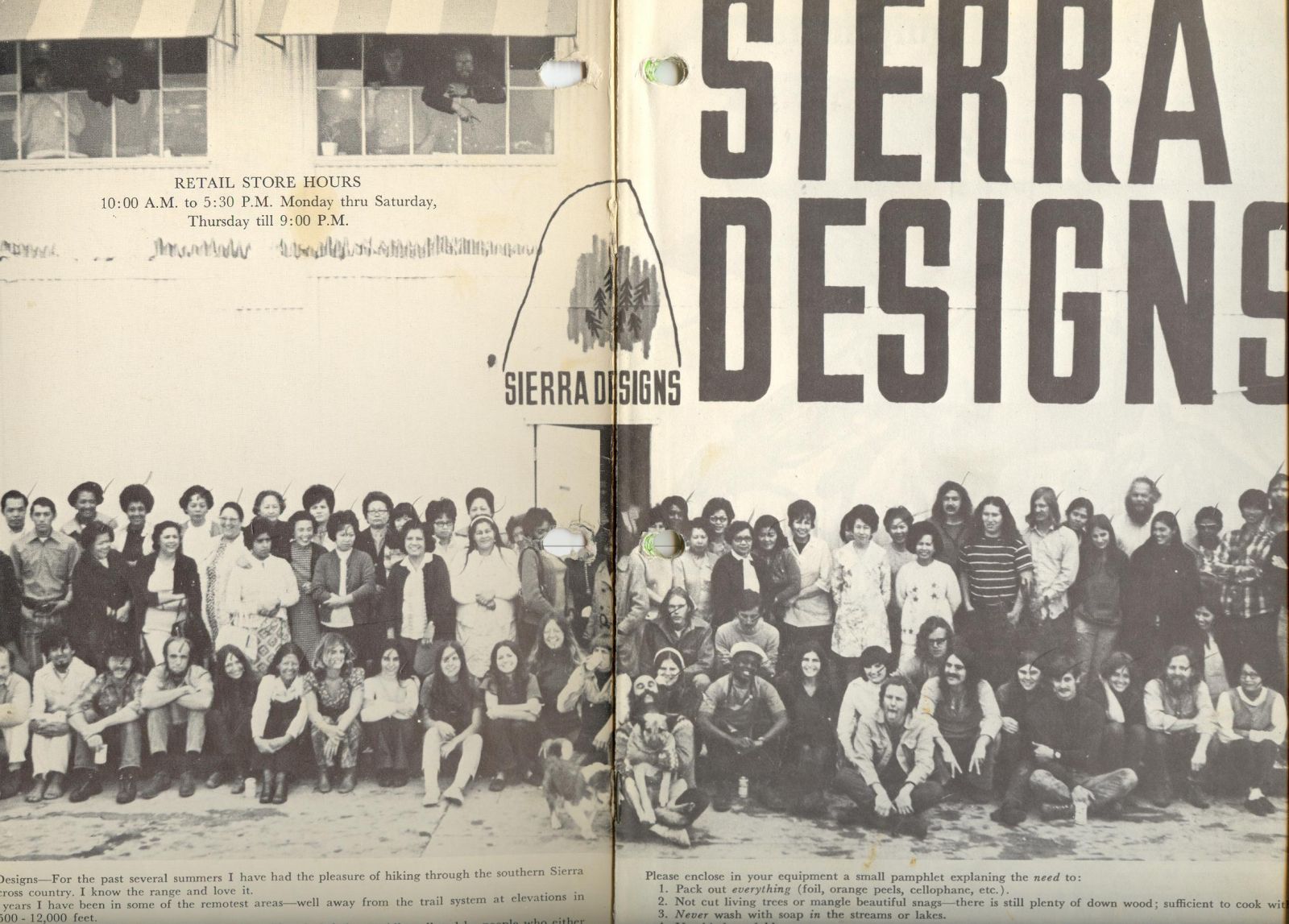 The sale had been well advertised but little did we expect the line that started forming about 9 p.m. It stretched from the store front door of the store to close to Spenger’s restaurant a quarter mile distant.  More dope was smoked in line that night than at any concert at the Fillmore or Winterland.

At midnight the door opened and, with the help of the stout and fierce looking Henry Gruchacz, we let in 25 customers only. As a customer left, new ones replaced them.

The buying frenzy was fierce upstairs while downstairs one-time sale skeptic George Marks was having the time of his life making cocktails, keeping the coffee flowing, kibitzing, and preparing for breakfast.

From time to time, George would emerge from downstairs and work the crowd. He was the celebrity up in the house and ever gregarious would regale his adoring fans with design details, sewing techniques, his walrus mustache, life in Point Richmond.

The sale raged on without a pause for six hours. Then we hit a lull and took time to take stock. Almost all of the sleeping bags were gone. The tent and 60/40 jacket supplies were seriously depleted. Not to worry we pressed on.

By 8 o’clock Saturday morning, more people started pouring in. Now the door was unmanned. There were fights between customers over merchandise, haggling, and new gear started selling as well.

At four a.m. Peter Langmaid got into a heated argument with a customer who was having trouble deciding whther or not to buy a 300 bag. “Either buy the f***ing bag or get the f**k outta here, “Langmaid screamed and I yelled, “sale over.”

We shut down and all went home to sleep and await the final dollar total. Come Monday morning, we learned that we’d made $125,000 in 16 hours –a boffo performance.

The following year, there wasn’t much enthusiasm for yet another 24-hour sale. So Kramer ,  “General” Jim Gavin and I sat down and hatched a new idea-a seconds outlet. A separate store that would be at least a block or two from the mother ship retail store, be open two afternoons a week only, and be stocked primarily with SD seconds with a smattering of others brand's footwear and gear.

So far so good, but how to staff it? Finally we hit on an idea to have Don Wilhelm be the second king. A doctoral student at Cal, Whilhelm had it all of what we needed: professorial looks, direct honest manner and solid Midwest values.

Now for a name. We wanted something catchy and finally after hours of chasing names settled on St. Sierra de Paul. No lawsuits  by St. Vincent de Paul ensued so the name stuck and the outlet became a major source of revenue. 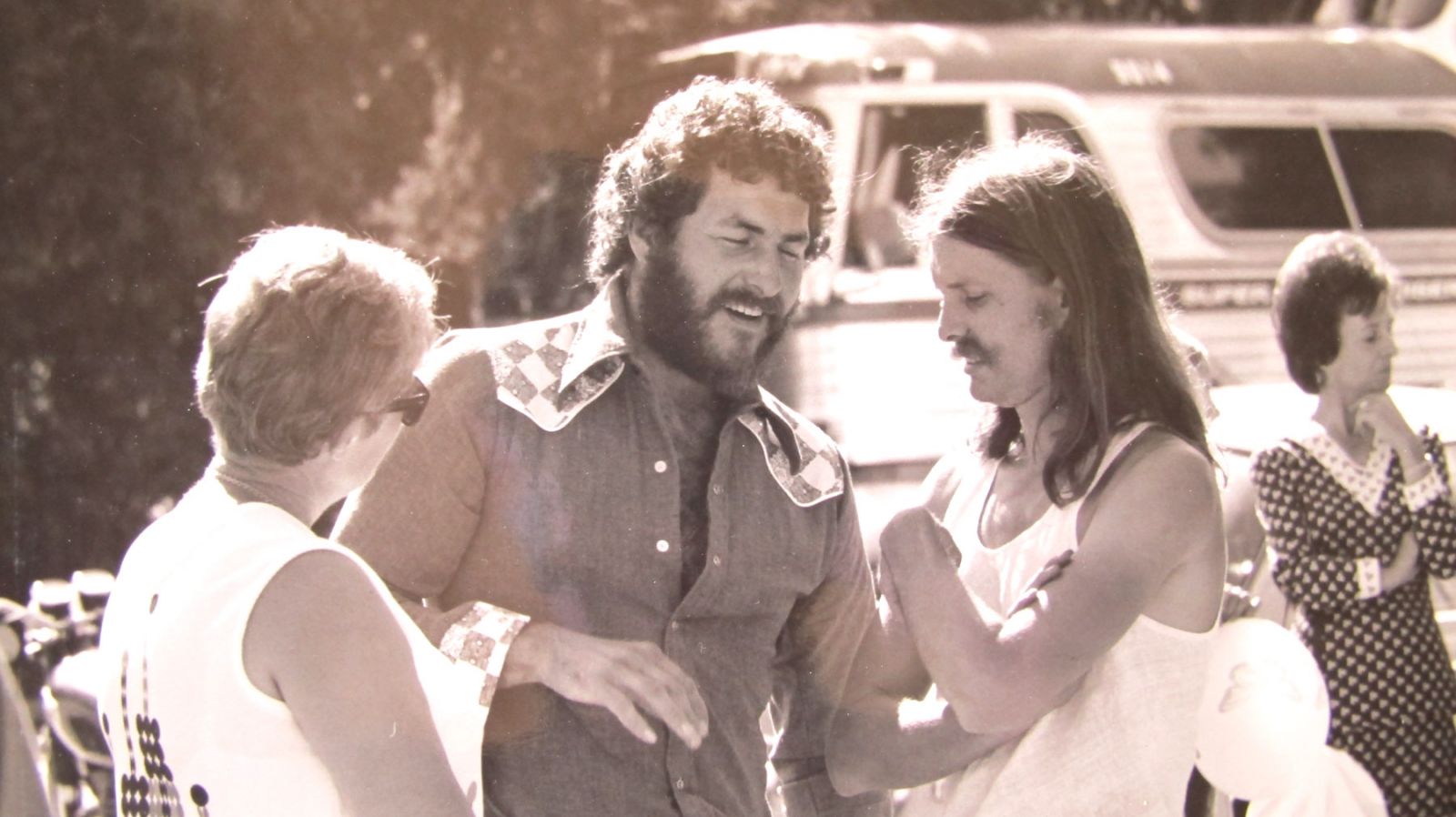 There’s no question that our biggest sale days of the year came the two weeks after the marijuana harvest in Mendocino and Humboldt counties. Growers would drop by and drop thousands. One grower made an annual gift of a hundred tabs of LSD, “for staff use only”, He’d chuckle as he laid the box of goodies on the sales counter and departed.

But the two biggest single buys ever came from two extremely different customers-the Rolling Stones and a Wall Street tycoon.

The Stones bill came to close to $12,000. That mark was topped a few months when a woman identifying herself as executive secretary for a Mr. X in New York called.

“You mean Mr. X as in Wall Street dealmaker supreme and the Forbes 500?, “ I asked. It was and he would like to do business with us if we were willing to send him a price quote for a list of equipment he needed for a year long around-the-world expedition he was embarking on with his two adult sons.

We got the list, put together a quote and waited. In two weeks, a check arrived for $18,000 and we started filing boxes of gear which Mr. X and sons arrived and had hauled off from the warehouse. A year later we got a thank you note reading:”all went well. Thanks for your help”, signed Mr.X.

In early summer 1975, veteran sales rep Spence Bocks called from Sparks, Nevada asking if we would be able to take on and sell 350 pairs of Tecnica light hiking boots he had rescued from stores that had gone into bankruptcy.

I told him no way. He persisted. Finally “General” Jimmy Gavin came up with an idea for an outdoor sale. Bocks would hire a large moving van, put the boots inside in rows (women’s sizes on the left hand side of the van, men’s on the right hand side with extra large sizes across the back). Then he’d have the van driver park it in SDs parking lot and sell out of the van.

SD would provide staffing, lawn chairs for customer fittings, and a cash register. Bocks would handle all sales and after all was said and done pay us for staff time and give us a 20% commission on sales.

The van arrived on Thursday and left Saturday evening with 30 pairs of boots unsold.

In the 70s, SD did a substantial cross-country ski hard and softgood business. So did most of our fellow Northern California  outdoor retailers. But the handwriting was on the wall. Sales for all of us were starting to slip and margins were tightening. We had to change how we did business.

The “General”, Paul Kramer and I again sat down and brainstormed coming up with the idea to form the first ever cross-country ski buying group in the history of SIA and the ski industry.

We pitched the idea to our fellow retailers and soon had Jim Owens from The Smiley Company in San Francisco, Peter Werbel and Don Fyfe from Alpenglow in Truckee, Larry Bulwalda from Adventures Edge in Eureka, etc joining in.

We laid out a plan to get two rooms at the Sands Hotel in Las Vegas during the SIA show. One room would house the SD staff and the other would be used for meetings and presentations from sales reps. The hell with trolling the show, we’d have the reps come to us.

The General, Paul and I arrived at the Sands only to hear the desk clerk declare, “I’m sorry Mr. Woodward but we had to relinquish your two rooms.” Oh, oh.

“But, “the desk clerk continued happily, “management has authorized me to give you the Governor’s Suit on the top floor for the same price.” We took it, two huge bedrooms, spacious living room with kitchen and giant wet bar, and an unsurpassed view of Vegas from the deck.

General and I took one bedroom, Paul the other. Settled in, we headed out to stock the place with eats and booze.

Reps came and presented. We ate , we drank, we cut deals and eventually half the buying group members were camped out in the expansive living room. One morning I stumbled through the mass of bodies to get some juice in the kitchen when I spied two people in sleeping bags on the deck. They turned out to be John Slouber and one of his employees from Royal Gorge Cross-Country Ski Resort who declared their quarters for the night simply a nosier version of a bivvy on a shear rock wall.

For me it was a fitting climax to my seat-of-the pants, spontaneous retail career. I cooked eggs and bacon while Slouber and friend stuffed their sleeping bags. Slowly the mass of bodies started rising and getting ready for another day of manning the Governor’s Suite.