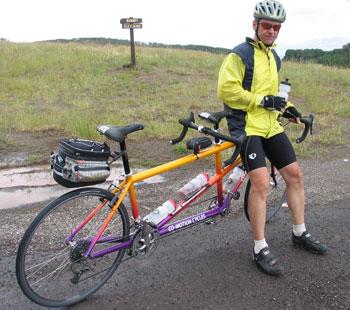 A move from Germany to Camarillo, Calif., would be difficult and culturally jarring for anyone, let alone a child, but it’s one Guntram Jordan experienced when his parents divorced and his mother married an American. He adapted and, after his formative years and high school graduation, enrolled at the University of California, Berkeley.

“While at Cal, I got involved with the student hiking club and that got me into climbing,” he said. In June 1974, Jordan graduated with a degree in philosophy of language and began looking for a job.

“I was walking along University Avenue in Berkeley when I spotted carpenters working on a new retail store. I asked if they were hiring and next thing I knew, I was working as a carpenter and general gofer for Granite Stairway Mountaineering.”

Just prior to the store opening on Thanksgiving Day, Jordan was offered the job as the store’s assistant manager. “A year later, I became manager, and then left in 1976 to go to work for Snowlion as assistant sales manager under Marty Stilling.” The focus of his job at Snowlion was dealing with expeditions—a promotional area that company CEO Bill Simon was keen on developing.

“One my first efforts was working with Ned Gillette on his Ellesmere Island expedition. We outfitted the expedition with apparel and sleeping bags, but had no tents to offer. When Simon found out that Gillette planned to use tents from The North Face, he threw a fit and told me to go to work immediately and create tents for the expedition. I had two weeks to do it in. Luckily, designer Bob Howe came to the rescue with a brilliant design and we made the tents within the deadline.”

Jordan stayed with Snowlion until the company went under and then started working for Stilling’s rep group selling the Sierra West and Wilderness Experience lines, until he decided to take nine months off to clear his mind and climb in Yosemite.

“When I came back to Berkeley from Yosemite, Justus Bauschinger offered me a job to write the Class 5 catalog,” he said. “On its completion, he asked me to manage his retail store, which I did from 1979 to 1983.”

Jordan had just started to develop an international wholesale business for Class 5 when it went under. Undaunted, he bought the Ski Hut’s down fill machines. They had become available after the venerable Berkeley retailer was purchased by Boss Manufacturing and its Trailwise manufacturing operations had been moved to the Southeast.

In a space directly across from the Ski Hut store on University Avenue, Jordan started a down comforter business. The business remained in Berkeley until 1985, when he moved to Tom’s Place on the eastern side of the Sierra near Mammoth Lakes, Calif.

Prior to moving, he met the woman, Sam Bailey, who would become his life partner. “Together, we opened a comforter store in Mammoth where we also made custom sleeping bags,” said Jordan. 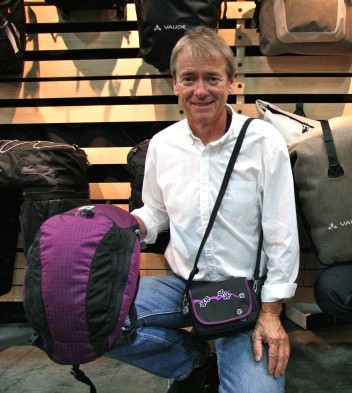 That business lasted until 1988, when Jordan and Bailey were approached by Peter Benjamin to sell the Northern Lights line of candle lanterns. The company flourished and was soon complemented with the addition of the American distributorship of the German outdoor gear and apparel line, Vaude, in 1990. “In 1992, Benjamin took Northern Lights over, and a year later, we parted with Vaude,” said Jordan.

Since then, Jordan and Bailey have devoted their energies to Detours, a bicycle pack line they created. “We’re both passionate cyclists, so it was a natural business for us to get into,” Jordan said.

Today, they run Detours out of their home in Hood River, Ore., and are now beginning to sell the brand into the European market including, of course, Jordan’s native Germany.

This profile was originally published in 2008.  Looks like Guntram has continued with his entrepreneurial spirit since then—here's a look at a cider operation in Oregon.

Sep-16-2016
#1
Heidemarie Langer (not verified)
Leave a Comment. (Please,
I met Guntram Jordan in Berkeley 1973 and would like to know his mai-address so that I can contact him. Thank you! Heidemarie Langer, Hamburg
Top