Though Jim Whittaker became famous as a member of the first American team to summit Mount Everest in 1963, longtime members of the outdoor community also know him for his years as a retailer.

As a young man, Whittaker and his twin brother Lou were active in the Boy Scouts and eventually became members in an Explorer Scout climbing group. Climbing came easily to the twins, and soon they established quite a reputation in Northwest climbing circles. In 1948 they were asked to help run the guide service on Mount Rainier, and a year later they were running it by themselves. 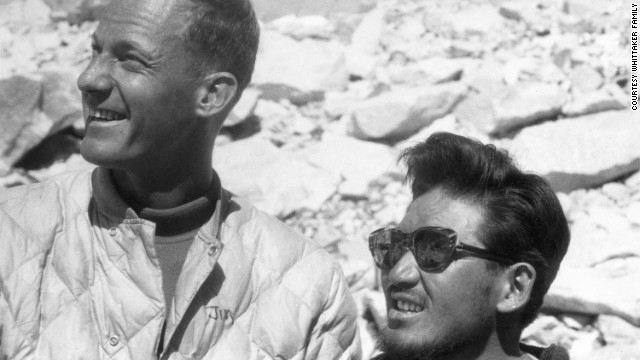 During his winters off from guiding on Mount Rainier, Whittaker attended college and sold ski gear. With the outbreak of the Korean War. he and his brother were drafted into the Army and sent to a Signal Corps detachment in California. From there, they transferred to the Army’s Mountain and Cold Weather command at Camp Hale, Colo.

Discharged from the Army in 1954, the twins went back to guiding on Rainier. Come winter, Whittaker worked as a ski gear rep for Seattle retailer and importer Osborn and Ulland. Then in 1955, REI founder Lloyd Anderson came calling and asked Whittaker to head up REI’s first retail store.  “It was too good to pass up,” he recalled in a 1991 interview: “What a job. I was the only one in the place. I opened the store, stocked the shelves, talked with customers, rang up sales, cleaned the place, locked up and made the bank deposit.”

Ironically, the first REI store was located over a restaurant. “Every day I’d get calls from people asking where the store was. I’d ask them where they were calling from and many would say, ‘The Green Apple Pie Restaurant.’ Then I’d bang my foot on the floor and say, ‘That’s where I am, upstairs.’”

As sales grew, he said, “our traditional clientele of doctors and lawyers remained, but there were more students coming in.”  Sales totaled $80,000 during Whittaker’s first year running the store, and continued to move upward for the next four years, during which Whittaker remained REI’s solo retail act. In 1960, he hired Gary Rose to fill in for him while he took a leave of absence to participate in an expedition to Mount McKinley.

He returned to a flooded REI warehouse, the result of a broken Seattle Water Department main. Restitution was made to the tune of $65,000.  “That check kept us going, Whittaker indicated years later. “If we hadn’t received it, we would have been out of business.” 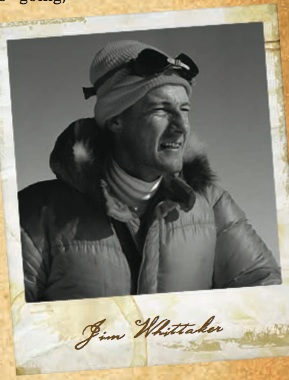 But there were other factors that played into the co-op’s continuation in  business—like Whittaker’s    growing fame  as  the first American  to  summit Mount Everest in 1963. While modest about the affect of that climb on REI and its sales, Whittaker did finally admit, “The press coverage sure helped.”

Following on the Everest coverage, REI sales and membership numbers soared. “Word-of-mouth put us on the map, and people came to know us for good prices, hard-to-find merchandise and the annual dividend.”

By 1979, sales had grown to $46 million, and Whittaker found himself, “shuffling papers in my office nine hours a day and thinking: ‘This operation is getting way too big.’” He left REI that year as president and CEO.

Update:   Check out this beautiful brief film featuring Jim Whittaker, A Life Well Lived,  directed by Eric Becker, with loads of archival footage. Whittaker  also climbed with the first ascent of K2 in 1978. In 1990 he led the Earth Day 20 International Peace Cllimb at Everest, famous for removing more than two tons of accumulated trash.  In addition, Whittaker is an accomplished blue-water sailor.  He has also served as board chairman of Magellan Navigation.

Take a look at another Trailblazer story on the founding of REI.

Mar-22-2018
#1
Wendy (not verified)
Great story. My husband and I
Great story. My husband and I hung around the old REI warehouse in 1969 and 70. As we loaded up on hard to find backpacking supplies, we would watch Jim Whittaker making the rounds among customers.
Top
Jun-06-2022
#2
Linda Keith (not verified)
In 1970 I worked at the
In 1970 I worked at the Capital Hill store as part time secretary to Jim Whitaker. Gary Rose was a buyer and he recommended me for the job. I also helped out covering the climbing equipment counter. I remember the big ski sales that had customers running through the store up to the ski department sometimes jumping over the Membership desk. Jim Whitaker and I would brainstorm before the big sales about what we would do say if the elevator from the basement inventory floor broke down what would be the work around.. I loved the smell of that store.
Top